“Arooj Aftab, who was born in Pakistan and now lives in Brooklyn, carries an ancient verse form, the ghazal, toward the West . . . The song doesn’t bridge two worlds; it creates its own.” – The New York Times

“At the center of it all is Aftab’s powerful voice, suffused in a sorrow so deep that it seeps into your bones.” – Pitchfork, Best New Music

“poetic songs of grief and desire that follow paths blazed by the likes of Abida Parveen and Nusrat Fateh Ali Khan (as well as Jeff Buckley, a Nusrat devotee). To say she’s a worthy heir is hardly an overstatement; the songs on Vulture Prince swoon, stun and hypnotize, while never traversing the same terrain twice.” – NPR, Best Albums of 2021

“As she does throughout the album Aftab transforms suffering into rhapsodic beauty with her exquisite, elastic phrasing, translating pain into acceptance as each song unfolds.”

– Bandcamp, Album of the Day

“Sometimes you’re just going through the shitiest phase of your life, and music kind of saves you,” says Arooj Aftab. She’s addressing a period when the creative ideas that would form the backbone of her critically acclaimed 2021 album,Vulture Prince, were beginning to truly fuse together, coalescing into visionary new sounds. Yet Arooj could just as easily be referencing the effect that Vulture Prince has had on many listeners. This allegorical song-cycle which centers on disappearance and waiting, arrived at a time of great sorrow throughout the land, brimming with lush compositions full of gorgeous melodies, that crossed barriers of language (it is sung mostly in Urdu), sonic tradition, and temporal points of view. Listening to Vulture Prince at a moment when the world was undergoing convulsive change and loss, presented an unlikely salve.

The 36 year-old Aftab is a singer, composer, producer and bandleader of enormous intuition and musical dexterity. Her artistry is an organic product of the 21st century world, as reliant on her love of South Asian folk and classical forms, as well as Western folk-rock melodies, as on jazz history and electronic music textures. Arooj calls the different aspects of her visions “organically overlapping,” results of the “amalgamation of places that I’ve lived in and people I’ve met musically.” Though Vulture Prince is officially her third release, it is the first fully fledged result of her broadening perception of social sound and vision — a prospectively designed expression mirroring her life’s creative biography, the sign of a great artist making something instantly recognizable as a great work. New York Times recognized it as such, calling it „quietly haunting.“ So too did the critic Peter Margasak, who called the album „stunning“ in his Bandcamp Daily review; and Pitchfork gave it their ‚Best New Music‘ stamp of approval, calling Vulture Prince „an incandescent love letter to the light.“

Arooj grew up around classical Hindustani arts culture in Lahore, Pakistan, then embraced the “extremely jazz-oriented hang” of fellow Berklee College of Music students and the various new-music communities of her adopted Brooklyn home. These may seem like straightforward ingredients for immigrant fusion; except that the rich, emotional melodic structures and modalities which Arooj identifies as her music’s “unifying threads,” consider all time zones to be natural habitats. The contemporary global citizens whom she regards as her music’s kindred audience do not have segregated cultural affinities. Like Arooj, they’ve been raised on all of it. Just as the oft-told anecdote of a teenage Arooj “going viral” with a cover of Jeff Buckley’s version of Leonard Cohen’s “Hallelujah” is less a sign of Western cultural crossover, than the next chapter in a singing exchange Buckley had with the great qawwali vocalist Nusrat Fateh Ali Khan, whose music Arooj would hear in Lahore’s coffee shops. When she applied to Berklee as a young Billie Holiday fan, it was to acquire the compositional skills and technical tools that would grant her self-sufficiency to produce the sounds she heard in her head. Outside help getting you only so far when searching for something truly original, especially as a young woman of color in the music industry.

New York’s melting pot became the incubator for her sound. Driven by community interactions, with its sonic innovators, improvisers and DJs, artists working between what is, by turns, labeled “new classical” or “jazz” or “experimental” music, depending on the location and the audience. Yet Arooj also remained immersed in Hindustani classical music and balladry, her first heritage, feeling a “responsibility” to express it “with the respect and integrity that it deserves,” rather than as just another pan-global soundtrack, common to hotel lounges and yoga studios. 2014’s Bird Under Water was Arooj’s initial attempt to make this new genre she’d been carrying in her heart: a set of between-cultures folk songs delivered in her powerful husky tone, backed by a small, acoustic group heavy on steel-string-guitar and double-bass, song structures which are “a little bit pop,” and the occasional sitar, accordion and junglist drumming helping place the album outside specific genres or geo-tags. 2018’s solo Siren Islands took a left-turn, the culmination of a year-long descent into “the manipulation of voltage, plugging synthesizers into each other, into guitars and pedals” and a feminist deconstruction of Ovid and Virgil’s epic verses about female singers whose voices lured ships and sailors to their deaths. Arooj calls the album a “tangent,” but the notions of bringing together ancient texts and modern sounds, of living between worlds yet addressing them all from outside of narrow traditions, was evolving from sketch to draft.

With Vulture Prince, the “picture started to become more and more clear.” Arooj says she was looking to “elevate the sound,” adopting a producer’s mindset in “how I wanted the sounds to complement each other.” Under her guidance, the album’s far-flung superstar cast was mixed into a progressive symphonic jazz unit. The songs integrated a smokey intimacy, torch-like elegance and sentimentality, with borderless (almost minimalist) experimentalism. Arooj’s voice is at the center, guiding the music’s focus on the deep well of human feeling, playful and luxurious. The ever-present melodies helped the compositions pivot further towards “pop,” making the sound utterly familiar, yet also without easy precedent. Arooj’s words shifted in shape and origin: Some were sourced in existing verses of historically notable Asian poets (Rumi, Mirza Ghalib, Hafeez Hoshiarpuri, among others); one written by a friend, Annie Ali Khan, who had passed away; all, even the “drunk” love songs, conveyed a state of relaxed melancholy, an absence of “the beloved” as a vague but sustained longing and sorrow that flows into and blends with the life stream. (Just as the passing of Arooj’s younger brother, to whom Vulture Prince is dedicated, has synthesized forever into the emotional fabric of her life.)

Approached in this fashion, it should not be hard to understand how Arooj Aftab and Vulture Prince are perfectly positioned to speak to the reality we currently inhabit. Why music’s mainstream critics and hipster cheerleaders joined those new music listeners and members of New York’s South Asian community who’ve been singing her praises. It is now beyond contradiction that the planet and its inhabitants are undergoing a change: you can sense the struggle in our environmental well-being, in the collective social mindset, and in the transformation of spiritual approaches to life. For Arooj Aftab, that changing space in-between the fading world’s binaries is a natural haunt. She is creating and curating a sound that is her artful declaration of this change. Embracing this sound is a way of embracing a future you can already hear taking shape. 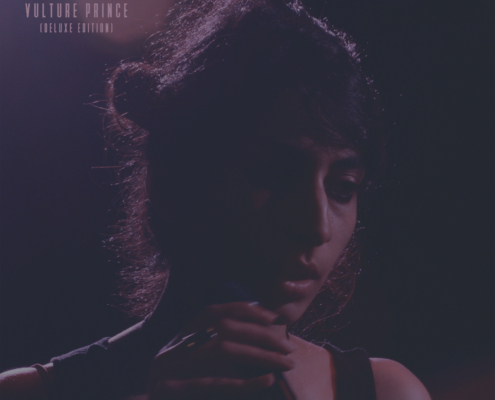 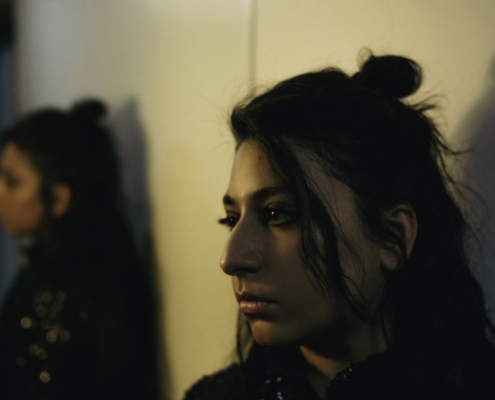 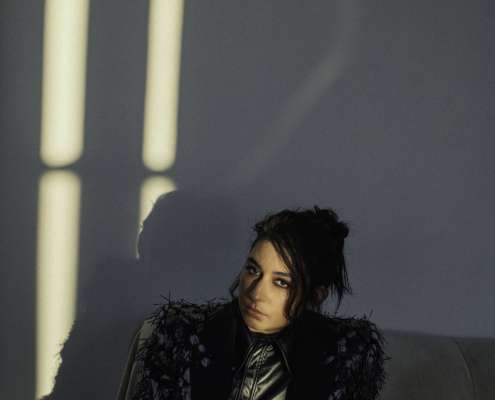 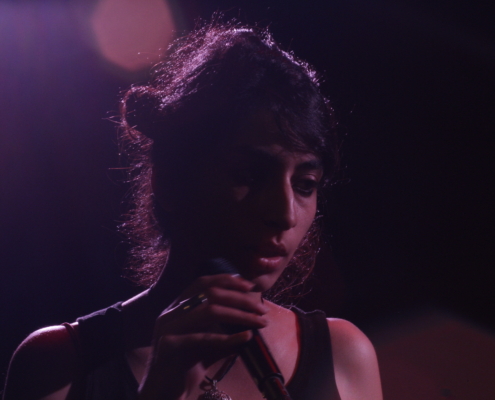