The music of Blue Note Records owes its enduring relevance to the fact that, throughout its 81-year history, the artists on the label consistently pushed the envelope of contemporary music. “Blue Note Re:imagined” continues that tradition by viewing the label’s legacy thru the lens of the UK scene’s most inventive young artists.

“Blue Note Re:imagined” celebrates some of this iconic label’s finest jazz recordings, through the eyes of some of today’s finest jazz artists. Many of the artists involved have grown up listening to the Blue Note catalogue and for many it inspired them to get into music in the first place. For instance, for Ezra Collective, who have reimagined Wayne Shorter’s “Footprints”, this was the first jazz track the band ever learnt to play together.

Back when Jorja Smith first emerged, she was cited as well placed to be poster girl for the rebirth of jazz. You can hear the jazzy pulse coming through much of her music, not to mention she has drummer Femi Koleoso of Ezra Collective in her own band.

London 5-piece Ezra Collective’s sound nods respectfully to a classic jazz footprint, celebrating the originators whilst also carving a path solely their own. They marry the delicate technicalities of jazz with afrobeat & hip hop, tied together by a sound that’s unmistakably London.

As the daughter of a nightclub owner, Poppy Ajudha was exposed to a wide range of music from a young age, leading to an early appreciation of genres like jazz, roots and rocksteady. This early education paid off in spades as she effortlessly blends jazz with R&B and lyrically treads a socially conscious path. She has released a string of singles and won Soul Act of the Year at the 2019 Jazz FM Awards.

With a fistful of highly praised releases under his belt and a soulful, jazz and hip-hop driven sound, 26 year-old multi-instrumentalist, vocalist and producer Jordan Rakei is a rare talent.

Skinny Pelembe was born in Johannesburg but grew up in Doncaster and has been part of the new generation of artists to benefit from Gilles Peterson’s Future Bubblers development programme. His debut album artwork paid homage to Alice Coltrane’s jazz opus “Journey to Satchidananda”.

Jazz-inspired urban soundscapes come from one of East London’s moodiest new producers, Alfa Mist. Like most of his mates, when he was a teenager he was dabbling in hip-hop and grime. But by the time he got to college, he was teaching himself the piano and getting deeply into jazz – having fallen head over heels for the visionary work of Miles Davis.

British jazz musician, saxophonist and bandleader Nubya Garcia was born and raised in north London. She began her education at Camden Music before joining Tomorrow’s Warriors in her late teens. She now tours internationally and is part of the Nerija jazz collective as well as collaborating with many others in the jazz scene including Steam Down, Theon Cross, Joe Armon-Jones, Ezra Collective, Blue Lab Beats and more.

London’s Steam Down is at the forefront of the UK’s new jazz age. Jazz meets grime, afrobeat and funk. They assemble every Wednesday at their weekly night in south-east London, which without fail every week has a long queue to be able to get in with a one-in, one-out policy all evening. Centred around an eight-piece core band, band leader Ahnansé describes the collective as a live amalgamation of multiple genres. Collaborators include Kamasi Washington, Nubya Garcia, Ezra Collective, Oscar Jerome and many more.

The duo Blue Lab Beats is part of London’s booming contemporary jazz scene, throwing grime, hip hop, neo-soul and Caribbean into their melting pot of influences. Their EP “Blue Skies” and its recent follow-up, “Freedom”, have climbed jazz charts in the UK, Europe and Japan, brought millions of views to their online appearances for platforms including Jazz FM and Boiler Room, and packed out live gigs everywhere from Ronnie Scott’s to the Love Supreme Festival.

Yazmin Lacey has found herself in a career as a singer of smoky, soulful jazz music after coming to the attention of Gilles Peterson and playing one of his nights.

Norwegian jazz collective Fieh – fronted by Sofie Tollefsbøl – know how to switch things up; future funk, leftfield R&B, jazz, hints of swing, and lashing of passionate soul all swirl around in a heady, intoxicating mix, music for romantic nights in and for loosening dancing limbs. Gifted instrumentalists who hark back to the age of smoky clubs, passionate fans, and musicians who lived and breathed their craft.

Mr Jukes is the solo/collaborative project of Bombay Bicycle Club’s frontman Jack Steadman. Jack embarked on a round-the-world trip without flying to record his solo album, which drew inspiration from jazz, soul and funk. Jack grew up listening to the Blue Note catalogue and has reimagined one of his favourites – “Maiden Voyage” by Herbie Hancock.

Shabaka Hutchings is a British-Barbadian jazz saxophonist, clarinetist and band leader. He leads the bands Sons of Kemet and Shabaka and the Ancestors. He is also a member of The Comet Is Coming, performing under the stage name King Shabaka. Hutchings has played saxophone with the Sun Ra Arkestra, Floating Points, Mulatu Astatke, Polar Bear, Melt Yourself Down, Heliocentrics and Zed-U.

A composer, producer, multi-instrumentalist, singer, bandleader and DJ, Emma-Jean Thackray is just as at home working with the London Symphony Orchestra as she is hosting her show on Worldwide FM or tearing it up on trumpet with her quartet. 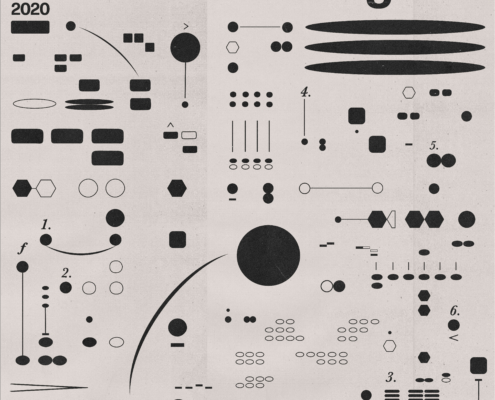