Over the past decade, the harpist Brandee Younger has been at the center of music’s celebrated work, even if you didn’t know she was there. Be it her output with the soul singer John Legend or the rapper Common, she’s always put her stamp on the music in question, all while setting a new course for what classical music can entail. But with her major-label debut, Somewhere Different, she’s pushing her artistry to the foreground. By her own admission, Younger would’ve stepped back in years past to let others shine; the harp would’ve been mixed behind layers of woodwind instruments. Now she’s putting her instrument first. “It was important for me to thrust the harp forward in a non-traditional setting,” Younger says of her new album. “I made a conscious effort to make sure that the harp was a bit more present in this recording. It’s important for the instrument.”

Indeed, the first sound heard on Somewhere Different is the harp, a gorgeous, tone-setting solo that ushers in “Love & Struggle,” the album’s meditative opener. It also sets the mission for the music that follows: Younger has spent her career breaking down the barriers between classical music and contemporary forms of R&B, hip-hop, and funk. This album synthesizes her work while forging new ground. “I started recording music that wasn’t common on harp in 2006,” she says. This is my way of combining all the worlds I have into one. This is me doing my own thing completely.”

Listeners will hear this creative freedom throughout the LP, from the introspective tenor of “Olivia Benson,” “Beautiful Is Black” and “Pretend,” featuring Tarriona “Tank” Ball of the breakout New Orleans band Tank and the Bangas, to the vibrant rock and bounce-infused sounds of “Reclamation” and the title track, respectively. In that way, Younger pays homage to the pioneering harpists Alice Coltrane and Dorothy Ashby, both of whom merged the instrument with jazz, funk and soul at a time when such ingenuity wasn’t commonplace. As a result, Coltrane and Ashby are still somewhat underrated in the pantheon of Black music, even if their sounds — an undeniable blend of angelic strings, spiritual jazz and fervent grit — still captivate. This bravery inspired Younger, and with every album, she makes it a point to celebrate the icons in some form. While Coltrane’s name tends to resonate in certain circles, Ashby’s hasn’t enjoyed the same luxury. “She was playing music of her time on the harp, which was unheard of,” Younger says. “She was doing it creatively, and never got the due that she deserved.” Somewhere Different is not only the realization of Younger’s musical journey, it channels the spirit of a deserving performer whose life merits deeper examination. Younger fully asserting her brilliance is the greatest tribute to Ashby collaborating with her longtime band members on the Album.

2020 to February 2021, just as the region started to recover from an unprecedented health crisis that killed thousands of people and threatened the livelihoods of countless others. The world was shut down, and without live concerts, musicians had to find new ways to survive economically. Younger and long-time collaborator Dezron Douglas streamed a weekly series of brunch-hour live shows that pulled back the curtain on the duo’s creative process. Viewers got to see their lighthearted rapport, and the series quickly became popular, garnering coverage from the likes of NPR. Some of the performances were captured on the duo’s first album, Force Majeure, released in December 2020. Their shows took place when things were uncertain; the pandemic was just beginning to unfold and the devastation was reaching its height. Somewhere Different, produced by Douglas, who is also a featured bassist on the Album – captures the tenor of that time, but it also reflects the nation’s transition from darkness to light. Side A’s introspection is matched by side B’s radiance. “I think, unintentionally, the tracks on this record were the result of what we were dealing with,” Younger says. “Being isolated, it’s not a new story – it’s everyone’s story. It was weird to be in this space where you weren’t able to do anything or go anywhere but you still had to create. Where do you get your inspiration from when you are living within four walls?”

Still, Younger was able to create her best album to date, one that touches on a vast number of themes without losing focus. Featuring Allan Mednard on drums and Rashaan Carter on bass (with occasional appearances by legendary bassist Ron Carter, trumpeter Maurice Brown, tenor saxophonist Chelsea Baratz, flutist Anne Drummond, drummer Marcus Gilmore, and bassist Douglas), their execution lend the LP its overall brilliance and give Younger a proper canvas to respect love, joy, and tranquility; a rightful rendering of the natural light she exudes. The songs “Reclamation” and the title track operate as the album’s extended centerpiece, and are the furthest departure from anything Younger has done to this point. But they aren’t so foreign that listeners won’t recognize her. The lush soundscapes are still there; these classical-contemporary hybrids represent her newfound artistic liberty. Other tracks are more straightforward, rooted in Younger’s love of ‘90s R&B bands like SWV and Xscape. On “Pretend,” for instance, guest vocalist “Tank” Ball sings and raps of a romantic affair; her lyrics impart a longing for the next encounter. “Spirit U Will” and “Tickled Pink” coalesce the album, merging the meditative aura of its earlier tracks with the idealistic mood of its latter half. In the end, Somewhere Different cements her stature as one of the world’s best harpists and a leader in experimental music. “I hope it is enjoyable to listen to,” Younger says through a smile. “Not hard to listen to, nothing to be analyzed or overanalyzed, but that people will just enjoy it. Everything has a groove, and that’s me.” 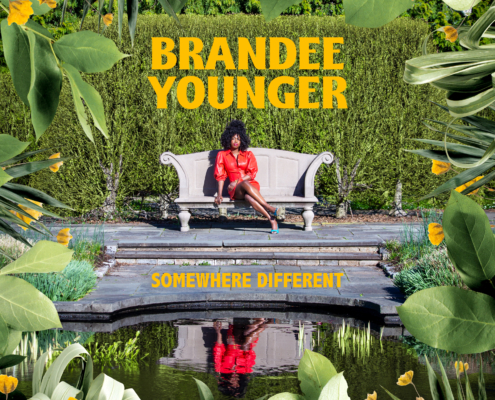 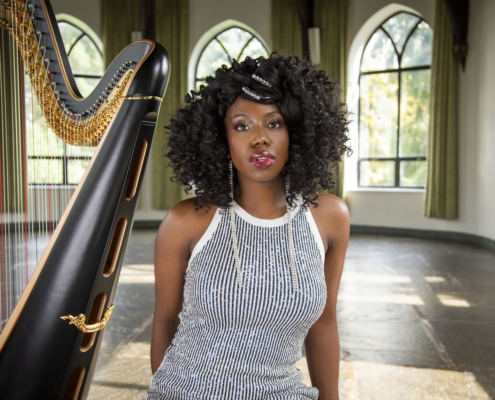 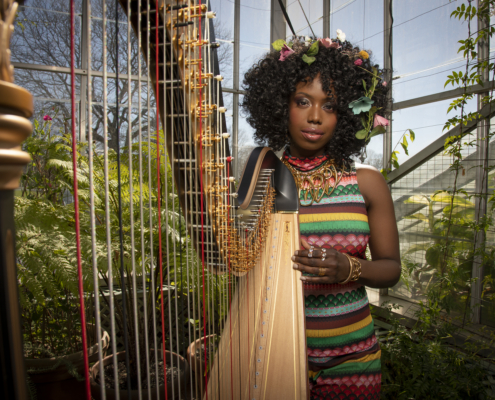 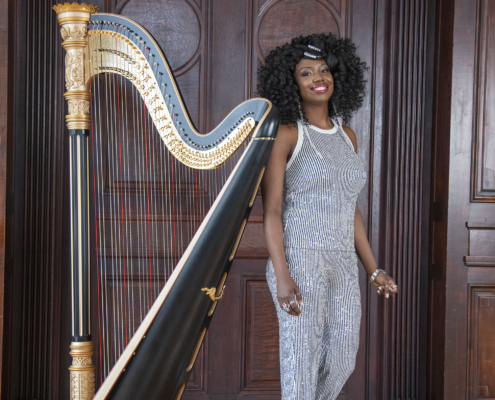 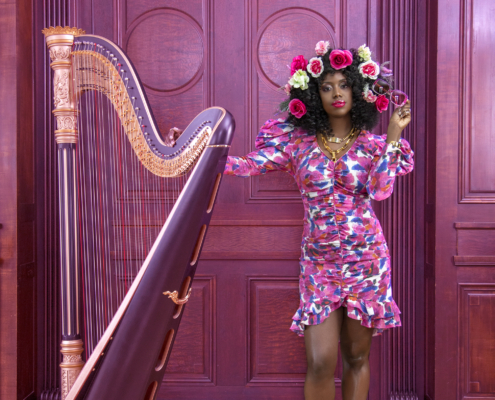 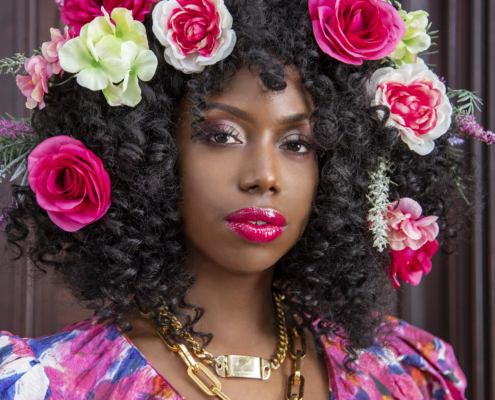