Produced by Derrick Hodge & Don Was

With his third record, Derrick Hodge unleashes his freest work yet. Color of Noize is the band, the concept, and the album, and if that name evokes more questions than answers for you, then you’re reading it right. The title is perfectly wide-open and inquisitive for a composer, bandleader, and bassist (etc.) with Hodge’s history. He’s been a go-to collaborator for Robert Glasper, Maxwell, Terence Blanchard, and Common alike — and played on GRAMMY-winning albums by all four. He’s helped shape striking sounds in producing albums by Blue Note labelmates Kendrick Scott and James Francies, and teamed with Quincy Jones to co-produce an album by Justin Kauflin on Jones’ label Qwest. He’s brought subtly subversive concepts to world-class orchestras in Atlanta, Chicago, and D.C., and new ideas to the Monterey Jazz Festival as a 2019 artist-in-residence. R+R=NOW is only the most recent supergroup he’s co-founded. If there’s one takeaway to be had from his career, it’s this: you can put Hodge in a band — any band — but you can’t put him in a box.

Color of Noize is in many ways a culmination of all that, and also completely separate. While the music heard here indeed reflects a melting pot of influence and experience — a primordial soup of jazz flow, hip-hop groove, soulful depth, spiritual heft, and creative fire — the sound is best described in more abstract terms. As Hodge lays it out: “It’s the contrast, it’s the beauty, it’s the chaos, it’s the freedom — all of that.” This album also includes a few firsts. It’s the first Hodge record to use a live band throughout. It was that band’s first time playing together, and their first time hearing the songs Hodge wrote for their session. It was also Hodge’s first time bringing in a co-producer, who happened to be Blue Note president Don Was himself.

“It was powerful to see this group of young, brilliant improvisers set up in a circle at Hollywood’s historic United Studio A,” says Was. “It felt like a throwback to what it might have been like on the floor of a Blue Note Session at Rudy Van Gelder’s studio in the mid-sixties. These were ‘old school’ sessions yielding modern music so forward-looking and visionary that there is no existing genre within which to categorize it.”

“Don has this selflessness where he really wants to get to the root of what makes a musician tick and what’s pushing them in the moment,” says Hodge, who flew out to Los Angeles from his home in Denver to record. “It felt invaluable to have someone like that in my corner for a project like this, to help see everything through a different lens.” That goes to the heart of the Color of Noize concept — an intentionally broad thing meant to embrace the fluidity of sound and inspire a sense of collective ownership over that sound’s development and interpretation. “It’s an idea I feel is really relevant to our time,” Hodge says. “A new artistic heartbeat that’s about acceptance. It all relates to the spirit of now, not overly thinking, and moving forward.”

That’s why Hodge formed a brand-new group, and often just played them a quick run-through of each song on piano before letting them rip. Of course, it took a special crew to bring Color of Noize to life: Jahari Stampley and Michael Aaberg on keys, Mike Mitchell and Justin Tyson on drums, and DJ Jahi Sundance on turntables, with Hodge supplying bass, keys, guitar, and voice. Jump ahead to the title track, an honest-to-god first take, to get a feel for their collective might. “Color of Noize,” the song, is a shimmering, skittering masterwork where slowly shifting tones stretch across a flurry of constantly exploding percussion. “You can hear the drummers going for blood,” says Hodge. “I just wanted everyone to trust their own artistry. They did.”

In an outfit whose credits run a mile long and cross countless genres, Stampley stands out. The 18-year-old was brought in based off of a single short YouTube clip Glasper sent Hodge. This was his first studio recording ever — proof that, as Hodge says, “We’re putting something on the line here.” That anything-can-happen feeling courses through Color of Noize. Opener “The Cost” starts on a mellow drift before a dam bursts and piano pours out. “Not Right Now” finds funk groove and classical poise occupying the same pocket. “You Could Have Stayed” is a pillowy dream of bowed bass and humming organ. And a particularly swung cover of Wayne Shorter’s “Fall” lands between one song that evokes Flying Lotus’ rich electronica (“19”), and another that brings to mind the lonesome digitized folk of Bon Iver (“Looking at You”).

While most of Color of Noize was captured in two studio days, the foundation of “Looking at You” is a piece Hodge recorded via phone at home, sitting at the 1902 Ludwig upright where these songs began. “I wanted people to feel like they’re in the room with me, imagining,” he says. That piano also appears on “Little Tone Poem” along with his family, continuing a Hodge tradition of working raw snippets of his life into his albums despite how different each one has been, from 2013’s guest-packed Live Today to 2016’s almost entirely solo The Second to this live band set. But of course, eclecticism has been a constant too, going as far back as Hodge can remember: his mother used to play him a different radio station each night before bed.

Growing up in Philadelphia and nearby Willingboro, New Jersey, Hodge moved between two different hotbeds of talent, taking all the music classes he could while also sitting in with local players (Color of Noize’s double drums/double keys approach was inspired by those informal, inclusive sessions). As he wrapped things up at Temple University’s Boyer College of Music, he was already cutting his teeth in Philly’s burgeoning neo-soul scene, not to mention playing various shades of jazz in the Mulgrew Miller Trio. Although the Color of Noize concept is much bigger than one man, it’s impossible not to hear all of Hodge’s history come to bear on a song like “Heartbeats,” which sounds as carefully composed as it does instinctive and off-the cuff.

Before the album comes to a close, we get “New Day,” where Hodge breaks out the acoustic guitar and coos, “Yeah, we can talk about it.” The lyric feels like a promise to the listener — an invitation to join the conversation. But the project’s openhearted spirit is best heard on the last song, Stampley’s solo piano version of “You Could Have Stayed.” When the young man first arrived at the studio, Hodge was secretly running tape. As a trial run, Hodge played the song once, then left Stampley to try it out. This is that performance, made within 15 minutes of their meeting. It’s gorgeous, and hugely symbolic. Color of Noize began with Hodge, but it ends on the next generation. As Hodge puts it, „Ultimately this is y’all music. Take it, and run with it.“ 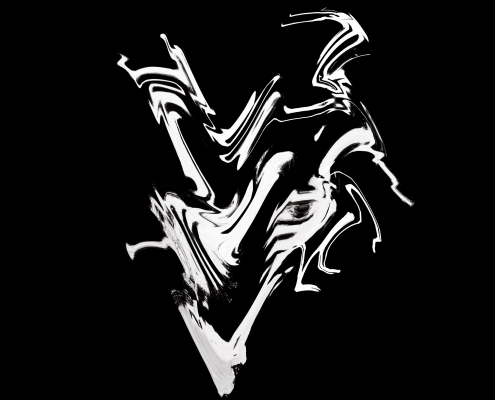