Gábor Bolla Quartet – On The Move

In the 1960s, at one of the pinnacles of jazz music’s international popularity, many American stars of the genre landed in Copenhagen to play at the legendary Jazz House Montmartre – with several of the most prominent instrumentalists settling in the Danish capital and subsequently enriching the local music scene there with their presence and playing. For the listeners who were in the audience at that time, it’s impossible to talk about jazz today for very long before they mention first-hand concert experiences with Ben Webster, Dexter Gordon, Stan Getz, Ed Thigpen, Brew Moore, Duke Jordan, Bud Powell, and Oscar Pettiford.

The steady flow of elite jazz immigrants to Denmark has somewhat waned in recent years but every so often a fully developed foreign phenomenon relocates to the Nordic jazz haven. And when present day jazz fans hear Hungarian saxophonist Gábor Bolla play in venues around Copenhagen, it harkens back to a lush, joyous time in Danish jazz. Like the aforementioned American expats did in the 60s, Gábor Bolla carefully and confidently assembles bands of local talent combined with stars from abroad. On this new album, the saxophonist has put together a stellar lineup and presents a program of his own compositions and jazz standards.

Gábor Bolla was born in 1988 and grew up in Budapest, but his musical backstory began when, at age ten, Gábor started playing clarinet and won a national music school competition two years later. Fast-forward three years to when he first picked up the saxophone and almost immediately reached the semi-finals of the international competition at the Montreux Jazz Festival. He then hired pianist Robert Lakatos in/for his own band – a musician thirteen years his senior and already an established star at the time. The two have bonded over the years, Bolla explains: “We have been really close musical companions and friends ever since. I have learned so much from him and we have a very strong connection. We play on each other’s albums and try to challenge each other all the time. He is a really exciting and extraordinarily brilliant pianist.”

As a saxophonist, Bolla is known for his powerful tone, razor-sharp phrasing, and unique understanding of music – and it will come as no surprise to learn that he’s a student of the great jazz tenor saxophone tradition, especially the playing of John Coltrane and Sonny Rollins. It was an understandably momentous experience for him when he, with the help of colleague Don Menza, suddenly found himself talking to Sonny Rollins (the Saxophone Colossus himself!) on the phone. Bolla describes it in his own words: “I’ve always felt very inspired by and close to Sonny through the music. To feel him being so humble and supportive… It sounds cheesy, but it felt like a life-changing experience. That’s how I want to be, too!” He continues: “Musical invention is a driving force for me. I want to get better every day, and really enjoy taking chances. I don’t want to be the one who plays the same lines over and over again on the same tunes. I want to be a part of musical development and the discovery of new things. I’m trying to create fresh ways to express myself… We’re still talking about swinging jazz, here.”

Credit for this album swinging so hard goes to all the musicians heard on it, but especially the quartet’s American drummer and historical heavyweight, Billy Drummond. “I’ve always loved Billy’s playing, his musical sense… his sound and taste are absolutely the thing. A fantastic musician,” Bolla shares. Drummond has a rich history, to put it mildly, as a bandmate and contributor to the musical legacies of the biggest names in jazz, including Horace Silver, Sonny Rollins, and Chris Potter, and he continues to make his own unique contribution to the royal lineage of jazz drumming.

When listening to this album, it’s easy to hear how much Drummond enjoys playing with Bolla’s steady bassist, Daniel Franck. Like his brother, saxophonist Tomas Franck, Daniel is a shining example of a Swedish musician moving across the strait and making life on the Danish jazz scene better (and more exciting!) for everyone. Among fellow bassists, and in the jazz community as a whole, Daniel is regarded as one of the best bass players in Scandinavia and has the honor of playing Danish jazz legend Hugo Rasmussen’s finest instrument. “Daniel was the first to invite me up here and introduce me to the local scene. He’s meant so much to me moving to, and living in, Copenhagen,” Gábor shares. “He’s a friend and fantastic bassist with big ears who can easily and tastefully follow you everywhere and anywhere in the music.”

ON THE MOVE features Bolla’s own compositions as well as four jazz standards he chose for the session: Monk’s We See, Ellis Marsalis’s Swingin‘ At The Haven, Billy Staryhorn’s ballad Chelsea Bridge, and Lament by J. J. Johnson. The saxophonist and composer’s original, entitled Monky Donkey, is a tribute to the great Thelonious Monk and Kirk Lightsey (Gábor has been working with the latter for the past ten years) and features a captivating melody that will linger in listeners’ ears. Love Is Love is another original, this one inspired by universal love, with a romantic melody that develops into a hard-swinging conversation. Blue Tarif is a powerful, thrilling waltz, thick with exciting interplay and featuring the bandleader on soprano. Blues On The Move completes the album and takes listeners on a blues-tinted journey… a composition that moves like Gábor Bolla, himself.

It’s a blessing to be a jazz-lover in Copenhagen at the moment – a feeling reminiscent of the days of yore. It’s reassuring and inspiring to know that players like Gábor Bolla still sometimes choose Copenhagen as a base. As the world opens up again after Covid-19 and we can once again freely attend concerts, Bolla’s live performances can be enjoyed at venues of all sizes around town. As we look forward to his concerts, we can enjoy this wonderful new album, and know that there is every reason to be happy and optimistic about the present and future while Gábor Bolla is still in town.

Released on CD and digital (LP release in spring 2022) 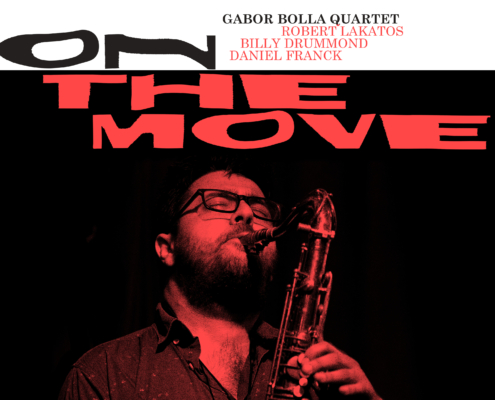 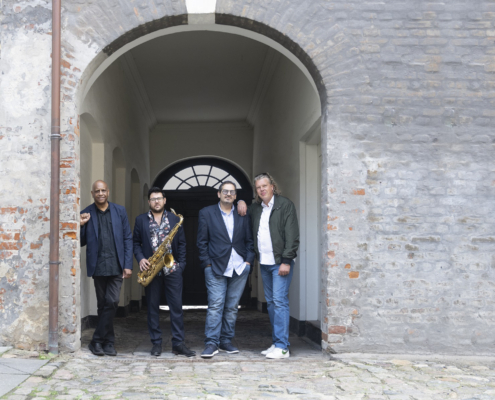 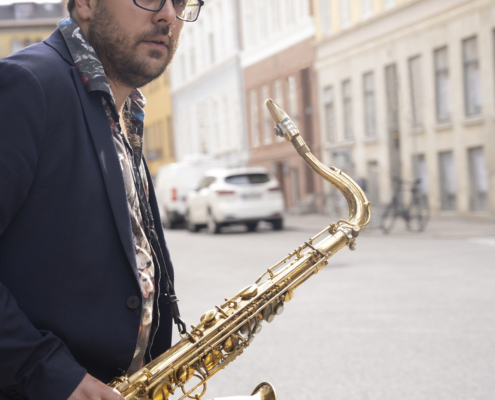