You can’t claim to know anything about Danish jazz unless you’re familiar with the great and beloved tenor saxophonist, Jakob Dinesen – aka Dino.

His debut album – FOR MUSIC USE ONLY – arrived on Thomas Blachman’s cult label MANREC in 1999 and since then, Jakob’s reputation as one of the premier saxophonists of his generation has exploded with a growing and celebrated body of work on Stunt Records. Beyond his activities as a leader, he’s also been a high-profile sideman to older generations of jazz luminaries of as well as his contemporaries at home in Denmark and abroad.

Dinesen has performed and recorded with jazz, rock, pop, and world music elite for the last 30 years, resulting in some spectacular collaborations, including EVERYTHING WILL BE ALL RIGHT (2002) with Kurt Rosenwinkel; LADY WITH A SECRET (2005) with bassist Eddie Gomez; ONE KISS TOO MANY (2007) with bassist Ben Street, guitarist Jakob Bro, and drummer Nasheet Waits; DINO (2008) with drummer Paul Motian; and the Cuban-inspired NAMORADO EN COPENHAGUE (2011).

Dinesen’s reputation as a versatile and virtuosic saxophonist has brought him all over the world and cemented him as one of Denmark’s most sought-after musicians. Now, at the age of 54, he is a fully formed, dynamic tenor titan with an instantly recognizable voice. His sound on tenor has a tenderness that’s totally his own, and his phrases glide and soar with a seemingly effortless technical command of the instrument. Whenever he plays, regardless of the setting or situation, Dinesen explores his musical surroundings with a mature overview that demonstrates sincere, full immersion into the material – qualities that are on display on his most recent releases in his own name – YASMIN (2014) and KEYS & STRINGS (2019). The latter is a touching ballad-centric collaboration with a string quartet, and YASMIN was voted “Album of the Year” by critics in Jazz Special magazine, being hailed as “the most beautiful Danish jazz released in a long, long time!”

In early December, 2021, Dino traveled to the United States to record with another of his heroes – legendary American drummer Jeff “Tain” Watts – who, at 62 years old, is considered by many to be the most prominent and influential drummer of his generation. He’s been the heartbeat and rhythmic foundation behind George Benson, the Marsalis brothers, Betty Carter, McCoy Tyner, and Michael Brecker among many, many others. Dino references Tain’s music as a source of love and inspiration in his professional musical life.

UNCONDITIONAL LOVE was recorded at Tain’s home – which is no ordinary “home studio.” Watts and his family live in a former church (from 1875) in Easton, Pennsylvania. It’s a place that Jakob says exudes the master drummer’s own energy, depth, humility, warmth, and spirituality.

In addition to Dino and Tain, the album also features two young virtuosos from Denmark – guitarist Jacob Artved, and bassist Felix Moseholm. Both are still in their twenties but have already been making waves with their incredible talent, drive, and taste. Neither has ever sounded better than in these inspiring surroundings under the experience, influence, and musicality of Dino and Tain.

Apart from pianist Gary Allen’s title track, Unconditional Love, the album mainly features original works written by Dinesen – created for the deep, poetic universe the quartet brings to life and explores together. All of the songs sparkle with an emotional honesty that takes listeners on a journey offering plenty of room for each of the four talented musical personalities to shine brighter than ever before. 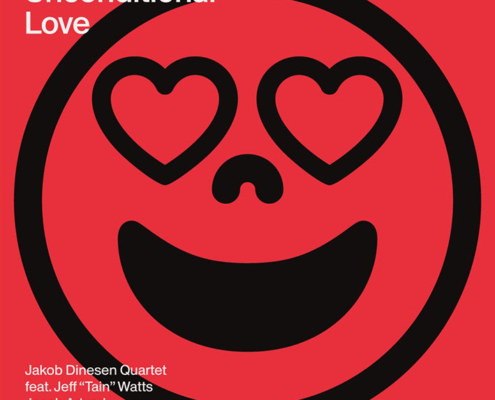 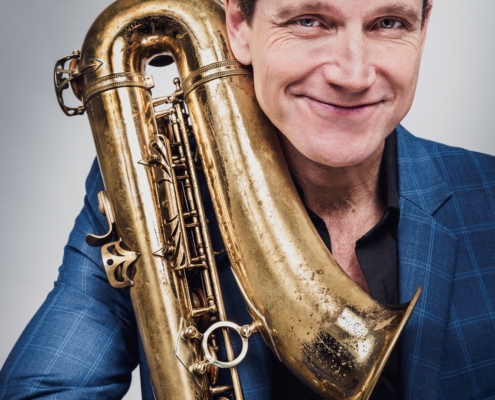