The time when Danish musicians felt substandard to visiting American jazz artists is over. But for Jesper Thilo, this was never the case. He received early recognition and appreciation from Americans, who from the very beginning regarded him as a musician that could easily achieve the level they represented. One could have asked Webster, Hawkins, Benny Carter, Roy Eldridge, “Sweets,” Clark Terry, Dizzy and any of the other international names that Thilo played with during his long and glorious career. The inarguable consensus was, and is, that he’s always been effortlessly on par with the Americans and since the early 1960s positioned himself as a colossus on the Danish jazz landscape.

Jesper Thilo has been a musician for more than 60 years and is still at the top of his game, leaving a striking impression and always guaranteeing a monumental musical level, from his early days with the Arnvid Meyers Orchestra, to the DR’s Big Band, to any of the other countless ensembles of Danish and international acclaim he’s lent his sound and spirit to. Thilo is both a pioneer and a beacon whose euphonious and authoritatively timeless virile swing style casts a long shadow.

There are those who may have read or heard somewhere that the Danish saxophonist can be something of a “copycat.” And it’s true that with his incredible technique, Jesper Thilo is able to play and sound like pretty much anyone he wants to in any given moment… But he’s also never considered this to be a negative thing. In fact, he believes that a good copy is often better than a problematic original. Listeners who have heard Thilo at venues around the world and on numerous recordings know that he is an original, through-and-through. Asked why he doesn’t play like other ’modern’ saxophonists like Coltrane or Michael Brecker, he usually responds: “It’s because there was no John Coltrane and Michael Brecker when I started playing. I play like my heroes – Don Byas, Ben Webster, Lester Young, and Coleman Hawkins,” adding, “and it’s going even better than I expected!”

Jesper Thilo has led his own bands since 1985, and always surrounded himself with some of the Denmark’s very best rhythm sections, including the team he prefers to play with at the moment: a super tight, swinging unit with Søren Kristiansen at the piano, Daniel Franck on the bass, and Frands Rifbjerg behind the drums. Little surprise then that it’s this inspired group that he wanted to appear on his new record. Unlike many other jazz musicians, Thilo has always kept his distance from composing original music. His repertoire is primarily culled from the great American songbook and beloved jazz standards – material that’s enduring and flexible enough to be turned upside down and dance another round in the ring, but retro? Not on your life.

In his very entertaining autobiography (Man ska’ ku’ se komikken), Jesper Thilo writes that “jazz is for grown-ups who want to tear a few hours out of their perhaps boring lives to have a little fun and hear something that they can concentrate on, where they can be free of dogs, kids, TV, and that kind of thing.” That’s just the jazz you can hear on SWING IS THE THING – recorded live, without edits and other fixes, over three short days in Thomas Vang’s studio, ‘The Village’ in Copenhagen. Live, but without an audience, accompanied only by fun, and where SWING IS THE THING! 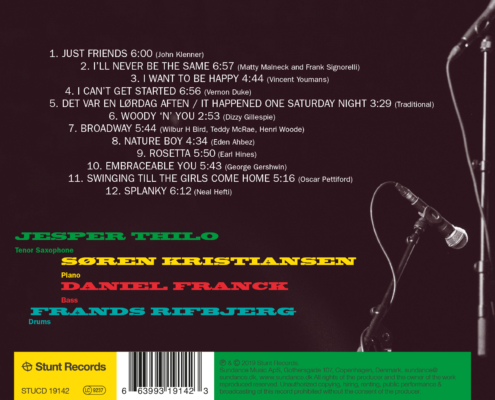 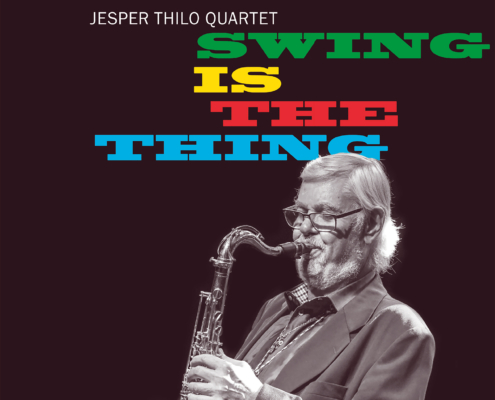