Samba de Maracatu marks the notable Blue Note Records return of a significant figure in the label’s history: multi-instrumentalist, composer, arranger, and educator Joe Chambers. Although his Blue Note debut, “Mirrors”, came out in 1998, his association with the label is much deeper.

The label’s owners – Alfred Lion and Francis Wolff – offered Chambers a chance to record his own album for the imprint during this fertile period. Chambers, however, was riding so high on recording and touring with so many jazz greats that he declined the opportunity. He nevertheless etched a legacy as a distinguished and versatile jazz artist, capable of playing with Max Roach’s groundbreaking, percussion-only ensemble, M’Boom, as well as recording his own acclaimed albums as a leader on the Muse, Candid, Savant labels.

On “Samba de Maracatu”, Chambers asserts himself more as a mallet player, particularly on the vibraphone. Throughout the album, he uses the vibraphone as the lead melodic and improvisational voice that often converses with Merritt’s remarkable piano accompaniments and solos. The title track, a Chambers original, highlights both his mastery on the vibraphone and his affinity for Brazilian rhythms. The song’s title references the syncretic Afro-Brazil rhythms, originated from Brazil’s Pernambuco province. The rhythm also has roots in the Afro-Brazilian Candomblé religion.

While “Samba de Maracatu” isn’t a Brazilian jazz album in this strictest sense, Chambers utilizes various rhythms and indigenous Brazilian percussion instruments on several pieces. On the sterling revisit of “Circles,” a suspenseful composition he wrote for M’Boom in the early-70s, Chambers drives the momentum with an abstraction of Brazil’s bione rhythm, while on the adventurous take on Wayne Shorter’s “Rio” he employs an infectious bossa nova rhythm toward the end.

Elsewhere, Chambers illuminates his artistry with standards. The album begins with a delightful reading of Arthur Schwartz and Howard Dietz’s Broadway standard, “You and the Night and the Music.” Later, Chambers invites New Orleans-based vocalist Stephanie Jordan to sing lead on a lovely rendition of Jay Livingston and Ray Evans’ “Never Let Me Go,” an enduring classic, made famous by Nat King Cole. Then there’s the cinematic take on Karl Ratzer’s 1998 modern jazz composition, “Sabeh el Nur.”

The album also features a glowing interpretation of Bobby Hutcherson’s “Visions.” Chambers recorded the original version with Hutcherson in 1968 (released on the vibraphonist’s album “Spiral”), and his sensuous reading pays close attention to Hutcherson’s dreamy melody and haunting rhythm.

Chambers tips his hat to another Blue Note icon – Horace Silver – with his makeover of “Ecaroh,” one of Silver’s more experimental composition that has been a fixture of Chambers’ repertoire over the past decade. Episodic in nature, the pulse gracefully moves between slow balladry, mid-tempo Latin shuffle and sauntering blues, while the harmony shifts between minor and major chords.

Indeed, “Samba de Maracatu” is an apt portrait of Chambers’ consummate talents as a vibraphonist, percussionist, drummer, composer, and bandleader extraordinaire. The album also reflects his cumulative musical knowledge and versatility, gained from more than 50 years as a professional musician.

Chambers was born in Stoneacre, Virginia but raised primarily in Chester, Pennsylvania. His earliest musical aspirations focused heavily on composing even while playing drums. After high school, he studied composition at the Philadelphia Conservatory and American University in Washington, D.C.  His earliest professional gigs began when he was 18 years old; he started playing and touring with R&B artist Bobby Lewis. While in D.C., he started playing with the JFK Quintet, which also featured saxophonist Andrew White and bassist Walter Booker, six nights a week at Bohemian Caverns.

Freddie Hubbard heard Chambers one night at Bohemian Caverns and encouraged him to move to New York City. Chambers made his move in 1963, playing a lot with trumpeter Hugh Masekela. A year later, Chambers made his first Blue Note date playing on Hubbard’s “Breaking Point”, which featured Chambers’ classic composition, “Mirrors.”

Chambers would continue recording as a sideman and composer for many Blue Note artists, but his greatest collaborator would be Hutcherson, whose first two LPs – “Dialogue” (1965) and “Components” (1966) – prominently showcased Chambers’ more abstract compositions. The partnership between Chambers and Hutcherson would last into early-70s.

Chambers continued working as a sideman for Chet Baker, David Murray, Steve Grossman, and even played on the soundtrack for Spike Lee’s 1986 breakout movie, “She’s Gotta Have It”. In 1990, he started a lengthy career an educator, first at the New School of Jazz and Contemporary Music in New York City, and later at the University of North Carolina Wilmington. At the latter, he became the first Thomas S. Kenan Distinguished Professor of Jazz in 2008.

Chambers no longer teaches, opting now to refocus on his career as a jazz instrumentalist, composer, and bandleader, even reconvening the M’Boom percussion ensemble for a few live performances. “Samba de Maracatu” makes for a splendid re-entry for Chambers as a full-time musician as he reunites with Blue Note Records, which provided him with his first recording opportunity. 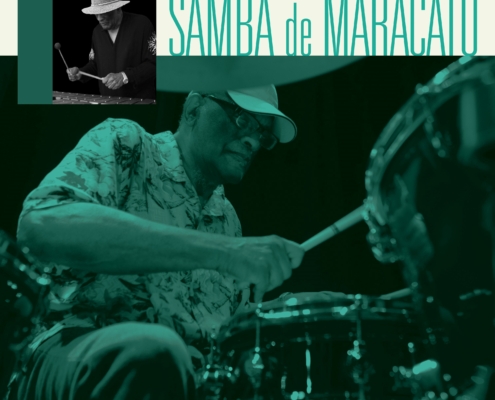 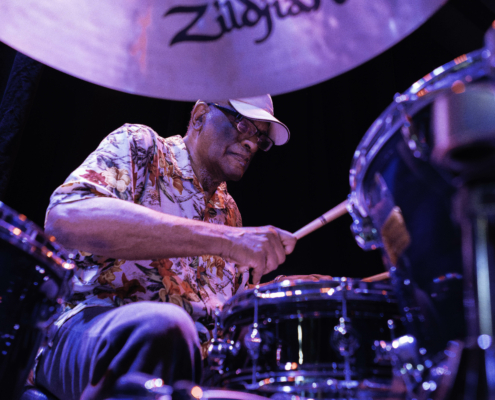 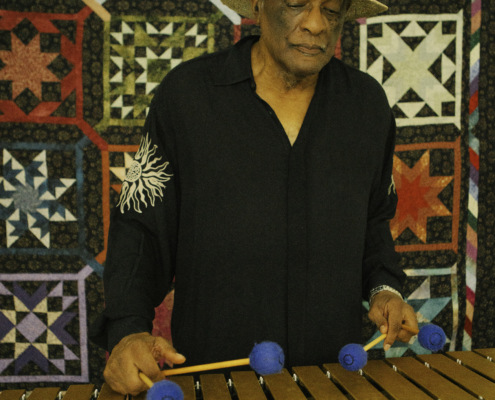 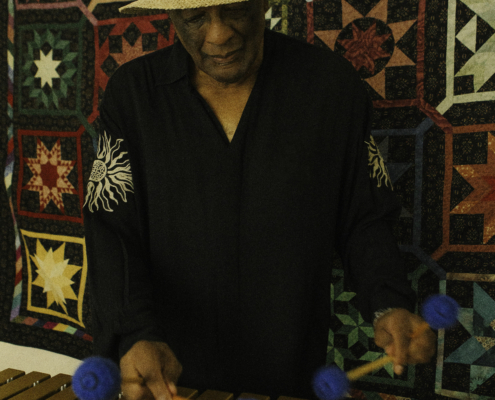 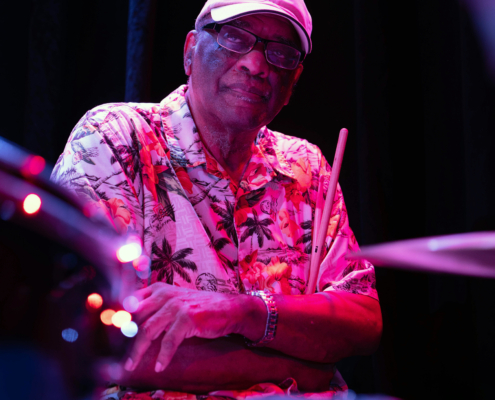 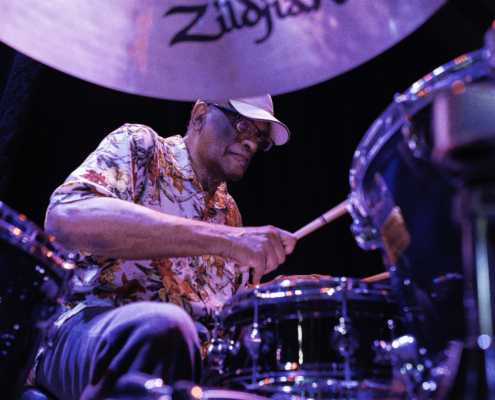 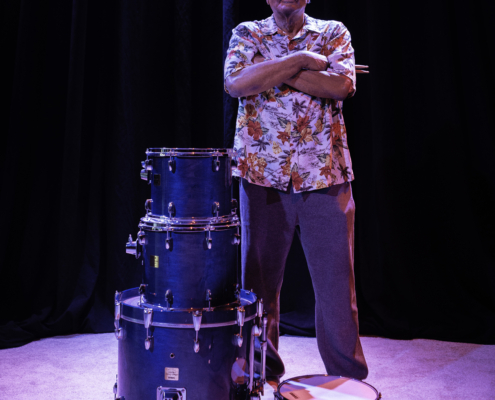 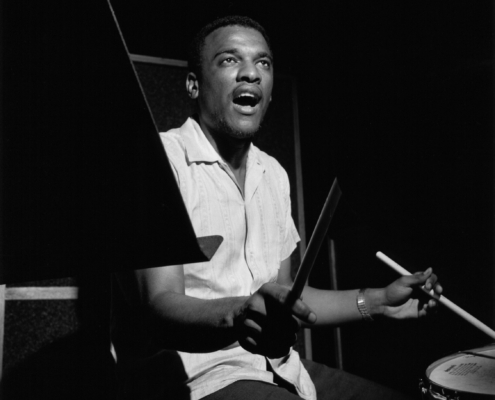 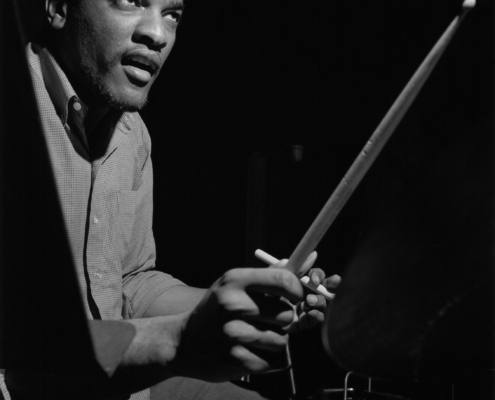 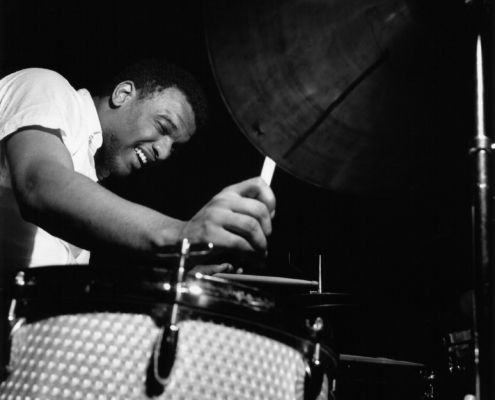