Johnathan Blake’s debut release on Blue Note Records signals shifting tides for a career that’s yet to crest. The drummer, composer, and progressive bandleader continually refines and renews an expression bonded to the lineage of Black music that fluoresces across Homeward Bound. Warmth of phrasing abounds as Blake layers a sound that’s at once relaxed and urgent. Alongside an innate ride cymbal, his melodic treatment of the drum kit reflects a generations old understanding of the instrument and allows his compositions to engage the myriad artists who bring them life.

“The name represents us as five individuals coming together for a common cause: trying to make the most honest music as possible,” says Blake who assembled the band with the intention of composing for a fuller, more explicit chordal sound than his past projects have featured. The result is a wildly intuitive, tight sound that embraces spontaneity and relies on trust.

“I think the sound also comes from years of Dezron and David and me playing together, and the whole history of Immanuel and me knowing each other from the Philly days, and then Immanuel’s hookup with Joel.” Even Blake and Ross had their own hookup going before forming Pentad from a Jazz Gallery commission the leader received several years earlier. “There’s a bit of history with everybody in the group, so when we come to play together, it’s a unique band sound.”

Opening with a tender foundational gesture from Douglas, the album’s title track celebrates the short effervescent life of Ana Grace Marquez-Greene. Daughter of saxophonist Jimmy Greene and flautist Nelba Marquez-Greene, Ana Grace perished in the Sandy Hook tragedy nearly a decade ago. For Blake, who recalls the moment of her birth, Ana Grace’s time on earth resonates. “When little Ana was born, I remember what a blessing she was,” says Blake, who was on the road with Greene at the time in Tom Harrell’s band. “She had such a lively presence. So when I heard she’d been taken away, it affected me and I started writing this tune.”

Reminiscent of a melody she might have hummed as she bounced into the room, “Homeward Bound (for Ana Grace)” prompts joyous and contemplative trades between Ross and Wilkins, a luminescent solo from Virelles and a feature from Blake just as effervescent as the spirit it honors. “She was always singing,” says Blake, “any room she went in, she would just sing.”

Another of the album’s buoyant melodies surfaces on “Rivers & Parks.” Featuring solo contributions from Ross, Wilkins, Virelles, and Douglas, respectively, the composition honors works by Sam Rivers and Aaron Parks. At his home in New Jersey, Blake had been playing Rivers’ “Cyclic Episode” and Parks’ “Hard-Boiled Wonderland” on repeat when a melody of his own emerged. Later he realized all three tunes had in common their 16-bar form. “I didn’t even plan to write a tune like that,” he says. “I guess I was very inspired by listening to those two compositions.”

Throughout Homeward Bound, the artists tangle avenues along what’s grounded and what’s unbound. Wilkins and Blake spark an open dialogue at the start of Douglas original “Shakin’ the Biscuits,” playing off mood colors from Virelles. Laying down the ground rules at 45 seconds into the track, Douglas brings everyone into the groove. Virelles allows textural choices to influence where he takes the music, playing piano, Rhodes and minimoog at different moments.

Soul-cleansing and meditative, “Abiyoyo” reflects Blake’s take on the traditional South African folktale. The chart had been written in 6/8 but, for the recording, the leader was hearing — and feeling — something different. “I wanted it to be something you could feel almost as a lullaby,” he says. “I was hearing this slow 3, and immediately the rest of the band caught the vibe. This wasn’t a piece we were gonna burn out on solos. It was a tone poem.” That burner would happen later on. Blake introduces “LLL” in a swinging gesture of grace and conviction. Limelighting highest level interactivity among band members and solos from Virelles and Ross, the tune is a channel for the vibraphonist’s signature arcs and turns and high-velocity lyricism.

Aligned with his artistry, Blake’s arrangement of Joe Jackson’s “Steppin’ Out” bonds an iconic vamp and enduring melody with the drummer’s intuitive feel and phrasing as well as his harmonic instincts. “It’s one of my favorite songs,” he says. “That melody just plays itself.” The band’s treatment of the 1982 hit reveals critical homework on the part of its younger members. “The only people who were aware of the tune were me and Dezron [laughs],” says Blake. “But they really got inside it. Immanuel played his butt off. He went to some different places.”

Above all else, Homeward Bound is a narrative celebration of life and legacy. “I wanted to create a record where people would get inside my head,” says Blake. “I want them to see the story I was trying to tell. That’s my hope.” 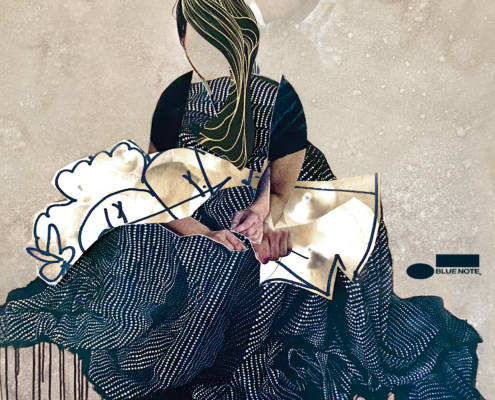 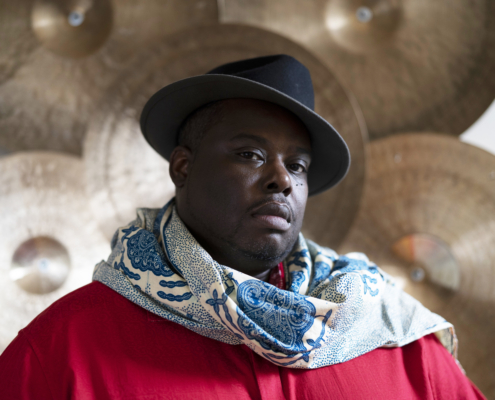