NEAR THE POND by Josefine Cronholm, Kirk Knuffke, Thommy Andersson

NEAR THE POND, the new album by American cornetist Kirk Knuffke, Swedish bassist/cellist Thommy Andersson, and Swedish vocalist Josefine Cronholm explores cross-continental friendships and cultural exchanges in a project inspired by the literary works of Swedish-American author Carl Sandburg. American drummer Kenny Wollesen joins to fill out the quartet, and a fittingly unconventional string trio (two violas and a cello) is added on some selections. The album is stimulating without being demanding on listeners’ ears – the songs are generally simple and relatively short in length, and the improvisation is free. Only a few specific musical agreements were made in advance regarding forms and arrangements – an appropriate production paying homage to the loose structures of Sandburg’s poems. Cronholm once again stuns with vocal control that exudes both courage and imagination, and all the musicians play with unmistakable collective appreciation for one another and the material.

Sandburg was born in Galesburg, Illinois in 1878 to two Swedish immigrants – Clara Mathilda and August Johnson. His poems portray industrialized America, which he wrote about in a focused and simplistic voice, with a musician’s instinct to defy traditional rules of the time regarding form and structure. A skilled guitarist and singer as well, Sandburg collected American folk music and it was this advanced musicality that Kirk Knuffke appreciated in his poetry, leading to three of the author’s poems appearing on this recording. Josefine Cronholm was fascinated with Clara Mathilda’s fate – her lonely voyage across the Atlantic, and the dreams of the Sweden she left behind – inspiring new music and lyrics she brought to the project. The poem in the song Near the Pond – also the title of the album – is by 9-year-old Shunn Theingi. Kirk Knuffke found the text in a book he discovered on the street in New York.

Knuffke has released a dozen records as a leader and co-leader, also enjoying prominent sideman roles on countless recordings with artists including Matt Wilson, Allison Miller, Butch Morris, Uri Caine, Pierre Dørge, and Michael Formanek. He’s become one of the most compelling artists of his generation with his strong, personal voice and technical virtuosity that balances commitment to both the experimental and fundamental, innovation and tradition. It’s no surprise the New York Times has hailed him as “one of New York’s busiest musicians.”

Knuffke and Andersson have worked together in several projects over the years and it didn’t take long for them to recognize and appreciate what they had in common. “Thommy and I quickly discovered that we have the same sense of tonality and like to work with quite simple Roots-music. I think we see ourselves as Folk musicians more than Jazz musicians… I love Jazz, but when I was growing up, I was more interested in playing the Blues,” Knuffke reflects.

Thommy Andersson describes something similar: “You can also find Blues elements in Swedish folk music. The most important thing is that the musicians, no matter where they come from, can back up what they play. I wouldn’t dream of trying to adapt and sound like an American bassist. Musicians must have the courage to play as they see fit – then it makes great sense to play across borders and cultures.” Knuffke agrees: “One of the amazing things about music is that people want to play and can play together across oceans and generations.”

Thommy Andersson has worked with many musicians over the last 20 years, and can currently be heard in Pierre Dørge’s New Jungle Orchestra as well in his own projects. He’s a faithful friend to Josefine Cronholm and a steady presence in her musical groups. It was at his suggestion that she came on board, thus forming the somewhat unusual core trio of bass, cornet, and vocals in Copenhagen.

Cronholm and Andersson have both lived in the Danish capital for several years, but they still proudly march to the distinct cultural beat of their Swedish homeland. Cronholm notes that “one of the interesting things about the project is the meeting of cultures. I have strong roots in Swedish folk music, but have sung jazz, Brazilian, and improvisational music, and listen to and am inspired by musical traditions from around the world. It’s part of my identity.”

For Cronholm, her voice is an instrument that must be listened to and respected as an equal third of the trio. As a wordless improviser she demonstrates control that exudes both courage and imagination. Cronholm has collaborated with just about everyone under the sun, both in Denmark and abroad, releasing records with the New Jungle Orchestra, Marilyn Mazur, Django Bates, Steen Rasmussen Quintet, and String Swing, in addition to a number of releases in her own name for which she has twice received Danish Music Awards (Danish Grammys).

The American drummer Kenny Wollesen (born 1966) was brought into the fold for this recording, and the trio became a quartet. Wollesen – a New York City resident, like his friend Kirk Knuffke – has been captivating audiences and bandmates for decades with his versatility, imagination, and ability to break down boundaries between genres and traditions. Wollesen’s gifts have led him to play with Tom Waits, Rickie Lee Jones, Sean Lennon, Ron Sexsmith, Norah Jones, John Lurie, Myra Melford, John Zorn, and he’s been a regular fixture in Bill Frisell’s groups for years.

Thommy Anderson wrote the string arrangements for a fittingly unconventional trio (two violas and a cello) which can be heard on some selections. As a bassist, he is known for his confidently deep, down-to-earth, and darkly resounding playing. His arrangements pull the players into the low-end depths with his bass. He decided not to include violins that usually dominate such smaller string ensembles, giving the cornet and vocals in the group extra room to shine.

The songs on this album are, for the most part, easily accessible to listeners and relatively short in length. The improvisation is free and few specific musical agreements were made in advance regarding forms and arrangements. This is a well-planned, beautifully executed production that does justice to the sometimes daringly loose and fresh structural energy of Sandburg’s poems. 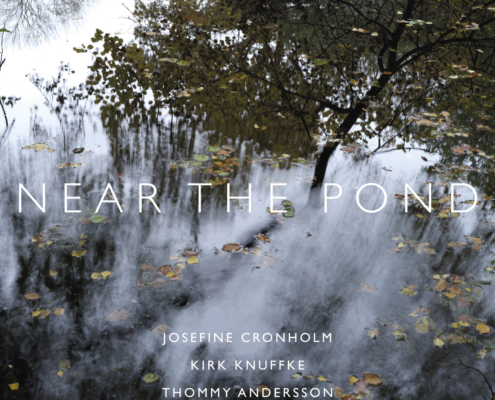 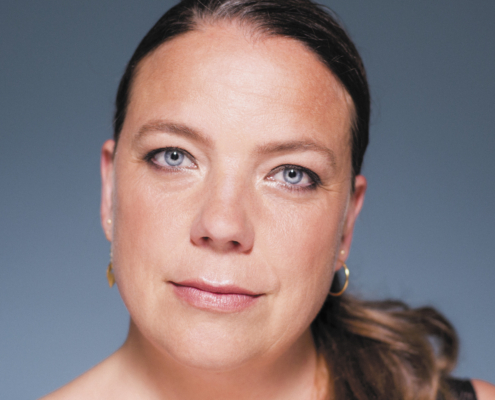 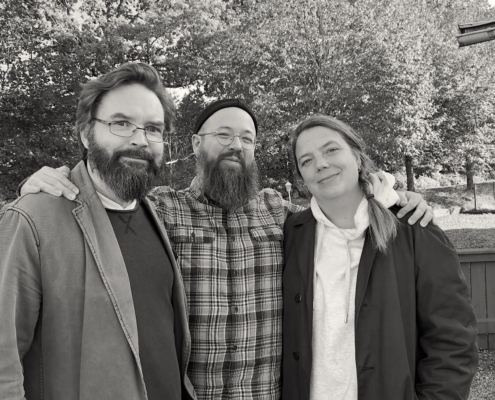