Julian Lage – View With A Room

Guitarist Julian Lage expands his horizons on View With A Room, a collection of 10 compelling original compositions that marks his second release for Blue Note Records. Having established a home base with his brilliant and deeply attuned trio of bassist Jorge Roeder and drummer Dave King—most recently heard on the guitarist’s acclaimed 2021 Blue Note debut Squint—Lage casts his gaze outward to discover new orchestrational possibilities with the addition of six-string icon Bill Frisell, who adds his inimitable voice to this absolutely stunning album.

“In so many ways, I’ve wanted to make this record for years,” says Lage. View With A Room harkens back more than a decade to the Julian Lage Group, a quintet with saxophone and cello last heard on 2011’s Gladwell. “It comes from a line of musical inquiry: can you have lush orchestration combined with an organic sense of improvisation and the agility of a small ensemble?”

Without bolstering the line-up with additional instrumentation and more intricate writing, thus losing the maneuverability and venturesome spontaneity that he’s honed with Roeder and King over the last several years, Lage found his solution where he so often does: in the guitar.

“The answer came from some of the historical references that matter to me about the electric guitar,” Lage explains. “There’s a certain lineage that grows out of early pioneers like Jimmy Bryant and George Barnes and Charlie Christian, where there’s this almost electric volatility to the sound. It’s both beautiful and kind of sharp; it’s subdued and warm, but also kind of gritty. In thinking about the orchestration for this album, I wanted to foster the point of that arrow.”

There’s no one better suited to understanding what Lage was seeking, who is better versed in the history of guitar and jazz and beyond, its personalities and possibilities, than Bill Frisell. The legendary guitarist has worked with Lage in several different contexts, including duo concerts and projects devised by John Zorn, and enhances Lage’s vision in atmospheric and incisive ways throughout View With A Room. The pair honed in on a shorthand vocabulary rich with references as diverse as the Beach Boys, Keith Jarrett’s American and European Quartets, and George Harrison’s All Things Must Pass.

“Bill on his own, is such an iconic orchestrational force,” Lage says. “But what I loved in our conversations about this record is that Bill instantly responded, ‘Oh, I totally get it. I know what frequencies you want to pop and I know what that represents to the lineage of jazz guitar.’ Bill is so in tune with those nuances of the guitar’s journey, and it was fun to speak that language natively together.”

Frisell is at his most evocative on the tender opening track, “Tributary.” The tune showcases Lage’s gift for songcraft, unfurling a wistful narrative that flows with the staccato grace of a Willie Nelson phrase, enshrouded by Frisell’s airy tones and dazzling effects. The two guitarists’ subtle weave is at the heart of “Auditorium,” where Frisell’s agile rhythm work buoys Lage’s eloquent leads atop the gracefully subtle propulsion of Roeder and King.

Roeder garners co-writing credit for “Echo,” where his rock-solid bassline serves as the song’s spine. Frisell’s tremolo-drenched rhythm charge lends a surf rock tinge to “Chavez,” while his baritone Telecaster adds a deep-rooted twang to King’s grungy shuffle feel on “Temple Steps.” The limitless questing of Frisell’s vital trio work with Paul Motian and Joe Lovano is channeled in the entrancing free improvisation of “Let Every Room Sing,” before “Fairbanks” closes the album with a plangent optimism.

Frisell steps aside on three tracks to allow the trio’s finely honed dynamic to shine. “Word For Word,” like “Chavez,” is a song that Lage has attempted in multiple iterations over the years, finally finding its intended form as a lively swing waltz. With its cascading melody and King’s chattering swing feel, “Heart Is A Drum” finds its influence in Chick Corea’s early trio with Miroslav Vitous and Roy Haynes. The mid-tempo gallop of “Castle Park” is a dedication to Lage’s father, whose California high school gives the song its title, while deriving its cyclical, offbeat approach from Warne Marsh and Steve Swallow.

As with Squint, View With A Room is enhanced by the production team that the guitarist has assembled and which has become an extension of the trio itself. “It’s definitely more than a trio,” he insists. “It’s more than a quartet. It’s really a kind of seven-person art project.”

The album was produced by Margaret Glaspy, his wife and musical partner who brings her own insights as a singer-songwriter to the lyrical and storytelling aspects that make Lage’s compositions so singular. She worked closely at Brooklyn’s Bridge Studios with engineer Mark Goodell, who Lage credits with “wrangling this album into a sonic place that references what we love best about classic Blue Note records while still feeling utterly contemporary and unique to the sound of this band.” Lage’s longtime friend and collaborator Armand Hirsch added integral post-production elements that bring the emotional intent of each song into focus.

In the end, View With A Room is gorgeous and intimate, exploratory and embracing, imbued with the vibrant colors and exquisite interplay that one would hope for from the meeting of two of modern jazz’s most distinctive voices with one of the music’s most skilled and inventive rhythm sections.

“There’s no one I would trust more than Bill Frisell to come into our trio ecosystem and be able to expand it while totally embracing it,” Lage concludes. “It became a beautiful collaboration that achieved the Technicolor experience that I’ve been searching for.” 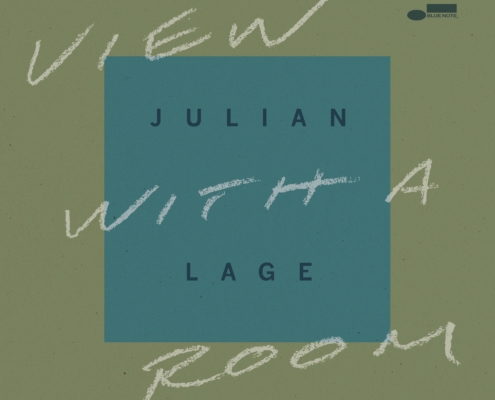 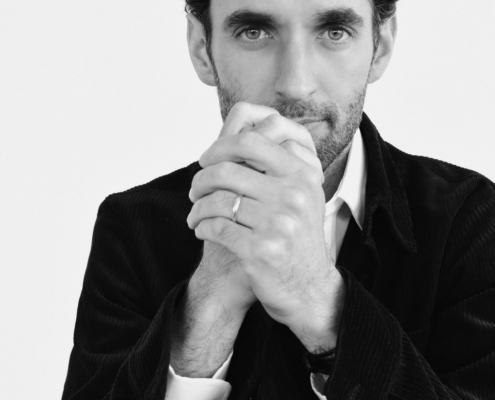 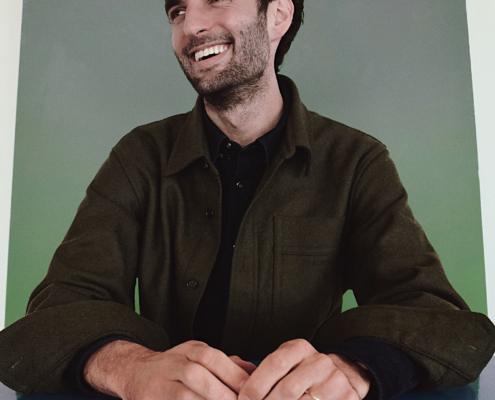 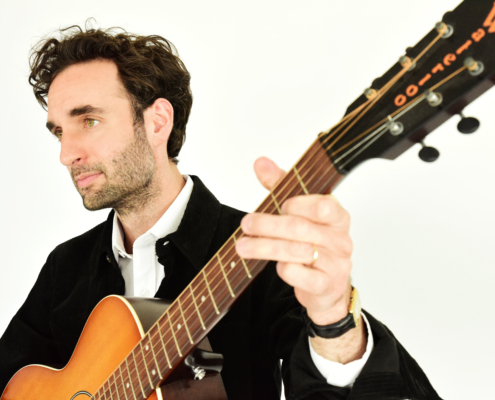 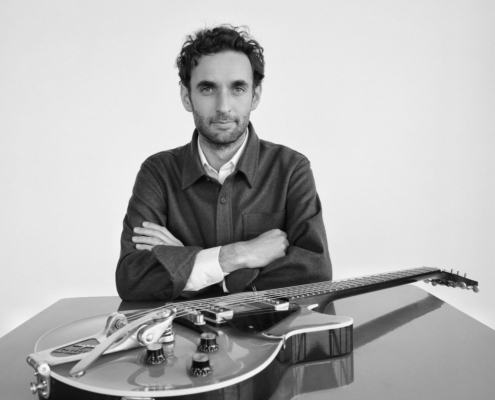 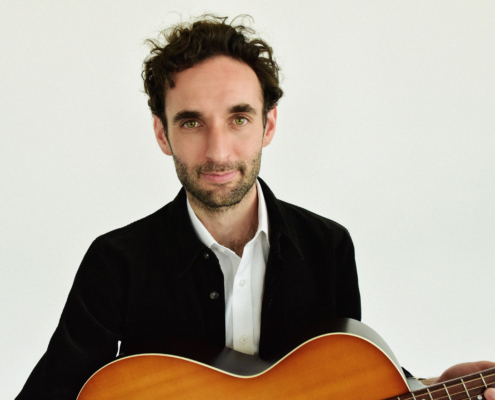 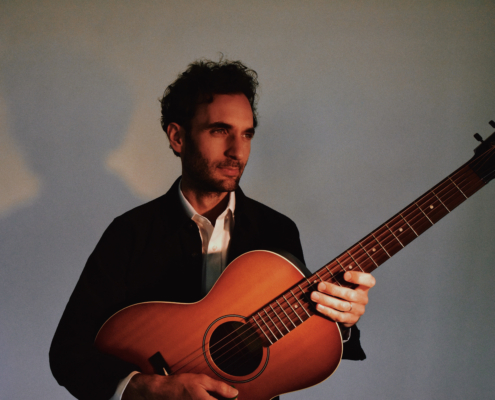 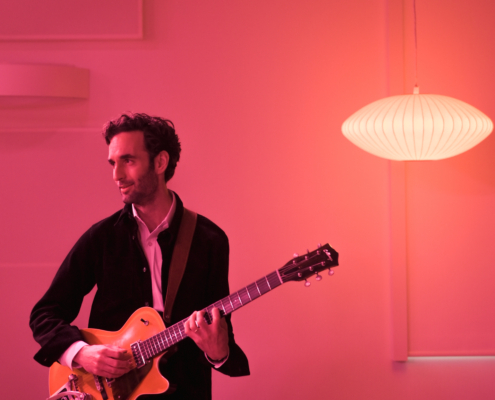