The orca is a beautiful animal. Graceful and harmoniously shaped, it even bears what we humans see as a friendly facial expression. But make no mistake – the aptly named killer whale is also a peerlessly ruthless and greedy predator, exploiting its speed and agility to catch and devour all other kinds of sea creatures it encounters on its journeys through the oceans. All oceans, in fact.

We can hear how it sounds when a killer whale hunts its prey on this album’s title track, where trumpeter Rolf Thofte Løkke and baritone saxophonist Aske Drabæk chase each other accompanied by the ensemble’s furious counterpoint over the catchy melodic motif. Europe’s new jazz big band star, Denmark’s Kathrine Windfeld, has captured the essence of the sea predator on her third release with her own music with her own big band, each album largely devoted to maritime themes.

It’s no surprise that she is fascinated by the sea. Windfeld was born and raised along some of the most picturesque waters in the world – the South Funen Archipelago in Denmark, the country with the longest coastline in relation to its size. The archipelago stretches out from her town, Svendborg, with heavy sea traffic, and highlighted by its beautiful natural land and seascapes. No wonder, then, that her fascination for a remembrance of all this is paired with her strong impressionistic genes and is then transformed into music.

In her instrumental choices, we really hear how dark Dark Navy can be. With her rhythmic dance in Ferry, we’re on board the busy vessel that will take us from one island to another, and the muted and busy traffic of the fish at the bottom of the sea get a voice in the short, snatched melodic motifs and the advancing ostinato in Fish. Seaweed not only bends softly back and forth for gentle currents on the ocean floor, there are also far more violent movements when the elements rage in the piece, and the same is emphasized by Windfeld in the more fugitive Undertow: ocean currents are not only gentle, they can be life-threatening – communicated in Magnus Thuelund’s alto saxophone solo, or unfathomable during Magnus Aannestad Oseth’s solo on grand piano. In the non-maritime-inspired pieces, Windfeld maintains her impressionism: Harvest is lively and energetic, yet strongly autumnal in its basic tone, and in Lifting, she sets the power of nature completely free, enhanced by guest soloist Gabor Bolla’s powerful tenor saxophone solo.

Kathrine Windfeld attended great schools, both as a pianist and composer, and has studied both classical and jazz music disciplines at various educational institutions in Denmark and Sweden. As the leader of smaller groups, she was known as an original artist in her field, until in 2014 assembling a full-fledged jazz big band, which she has kept together on the side. This is something that can be neither taught nor learned at any conservatory.

As the jazz musician communities work today, it must be considered one of the most difficult disciplines to gather 16 individuals to play music by one composer, find venues to hold rehearsals in, organize concerts and tours, constantly get the 16 musicians‘ private appointments in tune with the band, convince record labels that the music should be released – and, in particular, continue to do so tirelessly that, to listeners, the ensemble remains a unit performing regularly, assuming a high and recognizable artistic identity, making it unmistakable in its sound.

Kathrine Windfeld has done all this, so that her band – now six years, numerous concerts, and now three CD releases later – stands out as an artistic beacon in Scandinavian jazz. The 16 musicians, many of whom were quite untested when the orchestra first emerged, now play with an unbridled fire and sensitivity, as their Maestro continues to expand her palette of expressions, coloring the music with bold instrument combinations and telling fascinating personal stories in the music.

Despite the fact that jazz’s core audience often consists of people who want to see themselves as progressive, it’s a fact that the emancipation process between male and female musicians in jazz has taken a very long time and is far from over. But in one area, an area many consider the most difficult – to leave their own large orchestra in their own music – enough progress has been made that we can now say that women surpass men in number on prominent conductor podiums: Toshiko Akyioshi, Mary Lou Williams, Carla Bley, Maria Schneider, Anita Brown, Junko Moryia, Miho Hazama, Maria Baptist, Sherisse Rogers…

And Kathrine Windfeld fits in beautifully among them. 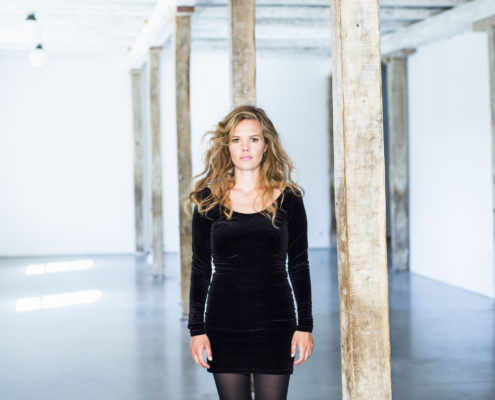 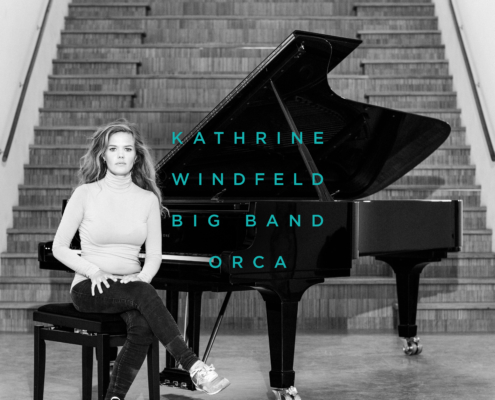