“The album came into being through, and as, a musical exchange – in the sense that I’ve sent the songs around to people as audio files, with the different guests adding vocals as we went. The ground-tapes were all recorded live in Copenhagen. I’m very happy that everyone wanted to join,” Kira shares.

The Danish singer – who has built up a large and loyal audience in her home country throughout a musically diverse 20-year career – values ​​collaboration in her music. She’s already worked with Bonnie “Prince” Billy, Tricky, Lenny Kaye, and Trentemøller, among others, but until now had never cultivated such a musically communal album as this new collection of duets, entitled SPIRIT TREE.

“There’s a common theme on the record that manifests itself both sonically and thematically. In a way, it’s a family tree, in that I work with some people who have left their mark on me and my music over the years. The pandemic made me think about what is most important to us… what is it that connects us when we are all forced to be alone. These songs are written with that in mind,” she says.

For this recording, Kira is once again joined by the band which has maintained a steady presence on her albums and tours over the last few years: Silas Tinglef on drums and guitar, Anders “AC” Christensen on bass and piano, Oliver Hoiness on guitar and keys, Maria Jagd on violin, and the bandleader and songwriter herself on vocals and guitar. The songs were recorded at STC Studio by Mads Møldgård, with Kira Skov and Silas Tinglef co-producing.

The singles We Won’t Go Quietly with Bonnie “Prince” Billy and Dusty Kate (an homage to Dusty Springfield and Kate Bush) with Mette Lindberg have already been released to hungry ears and critical acclaim in the lead-up to SPIRIT TREE, which will be released in its entirety on May 14th on Sundance / Stunt Records.

Kira Skov (born in Copenhagen 1976) moved to London to pursue her musical dreams at the age of 17. It was there she met Eve, a guitarist twice her age at the time, with whom she travelled to the US and formed Butterfly Species – a band that included Danish drummer Laust Sonne. After four years, Kira left the band and returned to London, where she recorded with guitar legend Jeff Beck and began writing her own songs.

Back in Denmark, she formed Kira and the Kindred Spirits and released her debut album HAPPINESS SAVES LIVES in 2002. The singer and band were instant rock revelations and began five years of extensive touring, with two more hit albums on the horizon: 2005’s THIS IS NOT AN EXIT and KIRA AND THE KINDRED SPIRITS from 2006. The band members went their separate ways after the third album together, and Kira set out on a solo career which would lead her through an impressive array of musical constellations with celebrated variation in genres, timbres, and collaborators.

In 2005, she released the album FAITH in collaboration with Swedish producer Tore Johansson (Franz Ferdinand, Cardigans) under the name The Gospel, which led to her being discovered by trip-hop legend Tricky in 2007 and then signing with BROWNPUNK (his record label with Chris Blackwell). Kira was the lead vocalist in Tricky’s band on their 2008 world tour.

With the band The Ghost Riders, she released THE RAIL TRIAN, THE MEADOW, THE FREEWAY AND THE SHADOWS in 2008, as well as LOOK UP AHEAD and a mini-album entitled RUN WHERE NO ONE GOES, both from 2010. The following year she changed directions and interpreted jazz standards on the Billie Holiday tribute album, MEMORIES OF DAYS GONE BY.

Kira’s successful solo career continued to grow, building musical and critical momentum on two full-length, John Parish-productions: WHEN WE WERE GENTLE from 2013 and MAY YOUR MIND EXPLODE A BLOSSOM TREE in 2015.

Between the two recordings, she released EPIPHANIES OF GRANDEUR, a cinematic and atmospheric album with guitarist Peter Peter (from Sort Sol) under the Ingmar Bergman-inspired name Persona.

In 2014, another collaboration – this time with friend Marie Fisker – gave life to a celebrated project and self-titled album called The Cabin Project when they travelled into the deep woods of Canada to record with producer Mark Howard.

Then, in an old Russian Orthodox Church in Estonia, Kira recorded the highly acclaimed album IN THE BEGINNING (2017) together with Estonian-born jazz saxophonist and composer Maria Faust. The dark and sacred-themed recording featured soaring songs and arrangements with music and lyrics inspired by the local folklore – a culture (and an album) that continues to resonate outside of time and space.

That same year, Kira Skov lost her husband and musical partner, bassist Nicolai Munch-Hansen. The grief sparked by his death inspired her next album – an intimate declaration of love and personal artistic milestone, entitled THE ECHO OF YOU (2018).

For her next recording, Kira once again broke new ground by singing in her native Danish language for the first time. I NAT BLIR VI GAMLE, her 14th release, continued honest, musical mourning in emphatic and accessible emotional expression.

Kira Skov takes us through the songs on Spirit Tree 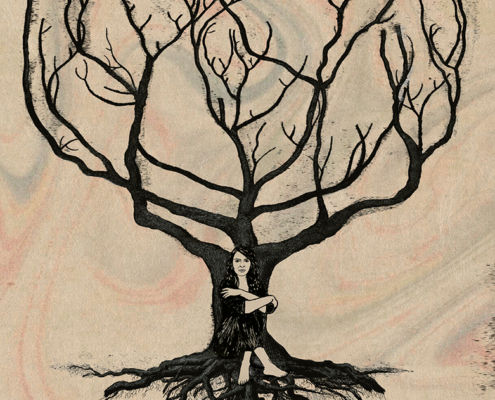 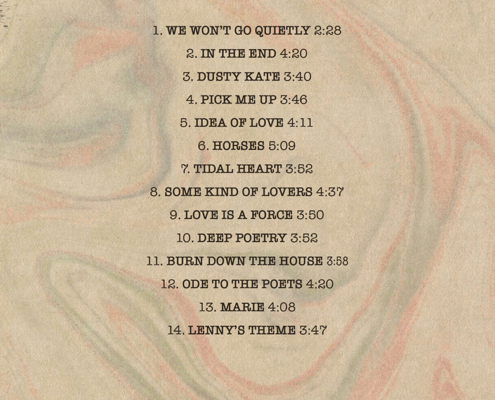 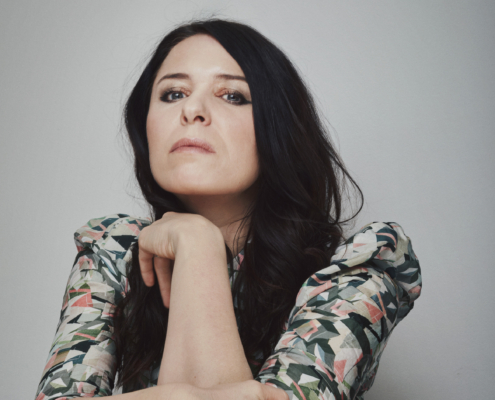 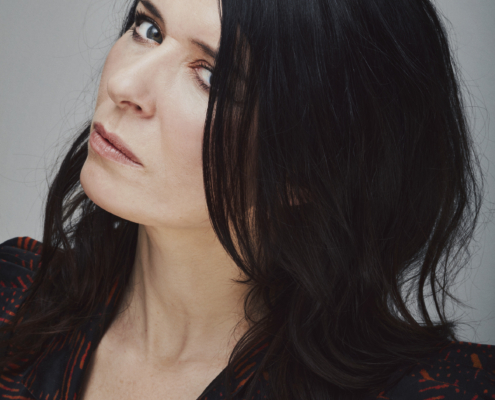 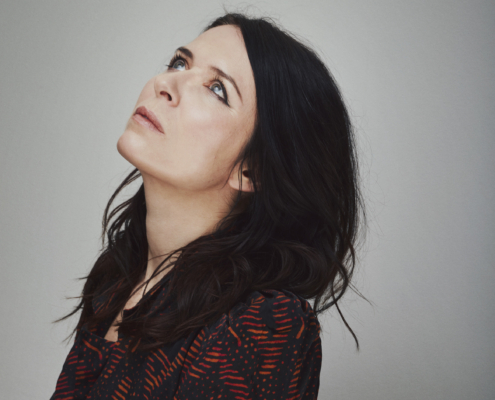 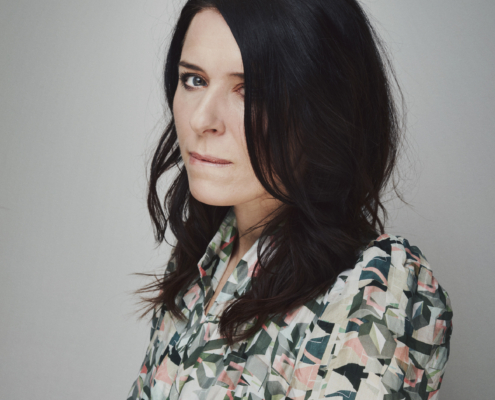