Madison Cunningham – Who Are You Now

Cunningham recently signed to Verve Forecast and is currently recording her debut full-length LP. She has previously performed as a duet partner with Punch Brothers’ Chris Thile on APM’s “Live From Here”, and is a regular performer on the show. Her new music follows the release of last year’s debut EP, Love, Lose, Remember.

The Orange County, CA-native first picked up a guitar at age seven, and by age twelve was singing and performing alongside her five siblings in church. By the age of fifteen, Cunningham realized songwriting was a passion she wanted to pursue, citing Joni Mitchell and Bob Dylan as key inspirations. “It’d always been a hobby before, but around then, I realized I wanted to make it a religious practice,” she says, “I thought if I could capture some of their same spirit ever in my life, I’d have to work hard and every day.”

“Inspiration isn’t a feeling,” says Madison Cunningham. “It’s something that happens every day.” The observation is signature Madison: pragmatic, hard-working, and disarmingly wise in the outset, before bending to reveal hope and a willingness to celebrate the miracles everyone else overlooks. “I don’t think the purpose of songwriting is to write the greatest song ever,” she continues. “Songwriting is supposed to be as common as eating breakfast every day.”

At just 21 years-old, Madison still has an entire lifetime only just beginning to stretch out before her. But she’s been making music for years. The multi-instrumentalist is most at home on guitar, which she first picked up at age 7, but also writes on piano. “My dad was an influential part of how I started music,” she says. “He was just always doing it.” The oldest of five daughters raised in Orange County, Madison cut her teeth in the church band. While she won’t be found performing for the congregation these days, the band gave her two gifts she still carries: a love of performance and a sincere faith.

“When I turned 15 or 16, I realized I wanted to be a good songwriter,” Madison says. “It’d always been a hobby before, but around then, I realized I wanted to make it a daily practice. Joni Mitchell and Bob Dylan whipped me into shape––woke me up. I thought if I could capture some of their same spirit ever in my life, I’d have to work hard and every day.”

Madison’s 2017 EP Love, Lose, Remember left both critics and casual listeners stunned, curious about the articulate young soprano whose nimble lyrics are often playful and always thought-provoking. Two new tracks produced by Tyler Chester hint at the full-length project to come: original “Beauty into Clichés” and “So Long, Frank Lloyd Wright,” a lush cover of Paul Simon’s oft-overlooked masterpiece. Led by Madison’s rock-and-roll electric guitar, “Beauty into Clichés” unfolds into a complex commentary on human constructions and art’s ability––and failure––to capture beauty. “I wasn’t trying to convey a super loud message,” she says of the song, which points to problems without ever sounding accusatory. “It was more of a progressive revelation for me. I was thinking about growing up and losing a bit of innocence, then I realized another cliché: how can something so beautiful be turned into something so monotonous and stale?”

Madison will spend most of the summer and early fall crisscrossing the country on tour with Punch Brothers––an opportunity that thrills her. When asked what she hopes audiences experience when they hear her, she doesn’t hesitate. “My hope is that my music will help people think of something other than their own circumstances––or to maybe just ask a different question,” she says. “I hope they leave with one idea they hadn’t thought of before.” She pauses, then smiles and adds with a gentle laugh. “Then I’d be very happy.” 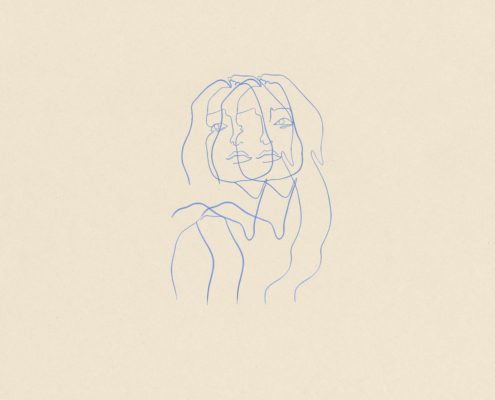