The quartet with Turner, Ploug, drummer Sean Carpio, and bassist Jeppe Skovbakke has released two albums together, honing and refining their sound as a unit. The quartet was formed in 2005 when the already-established international star Mark Turner met a group of up-and-coming younger musicians. And, well, the ‘youngins’ have since grown up! Since that first meeting, the bandmates have played thousands of concerts around the globe, released hundreds of records, and had broad, career-making musical experiences. “It was exciting for me to see how our reunion would go,” says Mikkel. “It turned out to be incredibly easy and relaxed. Everyone was immediately involved in the project and gave 100 percent from the very first note. The energy and vibe were there and to me, it sounded divine. We all had a blast.”

Today, Mark Turner is associated with the prestigious record label ECM, where he makes recordings both in his own name and participates as a sideman. His playing is influenced by tenor saxophonist Warne Marsh’s intellectually expressive musical vocabulary, but Turner is also a transcendent interpreter of melodies and that’s the side of him that shines brightest on this new album.

Ploug is part of a generation of guitarists who have created their own original language with a refreshing lack of interest in constantly demonstrating technical facility – instead, he focuses on creating music that marries simplicity with complexity. This takes both bravery and boldness, and it’s what makes his contribution to the world of modern jazz new and different. The 43-year-old guitarist has released a slew of albums, including solo and various group ventures, and a duo recording with Turner (FAROE from 2018) which was nominated for a “Best Instrumental Jazz Album” Grammy Award. The guitarist and composer has earned a reputation as “a musician and composer with an original voice and something to say” (All About Jazz) and is “in the Champions League of contemporary jazz” (Jazzpodium).

Ploug met Irish drummer Sean Carpio while they were students at the conservatory in The Hague, and they connected immediately. Danish bassist Jeppe Skovbakke is also a frequent collaborator with long-standing ties to Ploug’s career and development, and in the guitarist’s words, he’s a musician “who doesn’t waste a note. Everything he does is clear, inventive, and genuine.”

Bent Sørensen is one of Denmark’s best known, award-winning, internationally renowned composers. One of his nocturnes, Wiegenlied, pulled Ploug in and first opened his ears to the classical composer. “It completely blew me away. It spoke to me, and touched my heart, and when I love a piece of music that much, I have to explore it on my own instrument. There was so much going on in the music and at the same time, I felt like I was listening to a lullaby from my childhood. In my mind, Bent Sørensen’s work is a clear, natural extension of Danish cultural heritage.”

Ploug and Sørensen would become friends in real life throughout the process of preparing and creating this album. The elder composer has stated that he prefers his music to be attacked and abused rather than just “used.” He’s not worried about his material being harmed in the process of interpretation. Classical music has a long tradition of borrowing material from others, and Bent Sørensen’s nocturnes are strong enough to withstand anything. Mikkel Ploug’s group creates new, very different works of art from them – working with moods, themes, and underlying harmonies, combined in variations using instrumentation and phrasing.

Ploug calls NOCTURNES an album of, from, and for the night – it’s in the title and the material, which partly stems from Sørensen’s music and is partly written by Ploug himself. They are joined by one of Denmark’s musical icons, composer Carl Nielsen (1865-1931), whose presence is felt in a single contribution to the program: Lower Your Head, You Flower. The album ends with Song Can Tend the Ailing by Ukrainian composer Vasylyovych Sylvestrov.

Linguistically, the nocturne is derived from the Latin word Nocturnus, which means nocturnal and is characterized by a dreamlike, floating atmosphere, and the bandleader here agrees that “there is something of a romantic and dreamer in me,” says Mikkel Ploug. “When I started this project, I saw it as a lot of small fragments floating around out there in the universe, which I had to put together into something clearer and more defined. It was like dreaming. And in the night, there’s peace and space to let ideas slowly unfold and grow.” 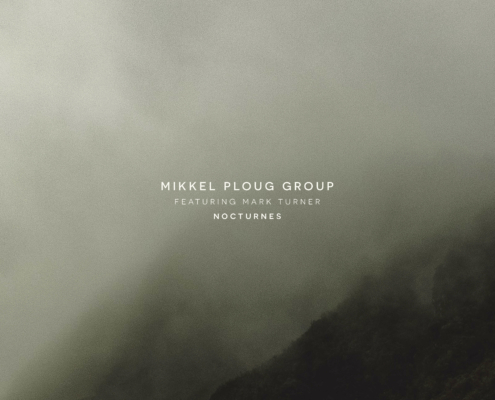 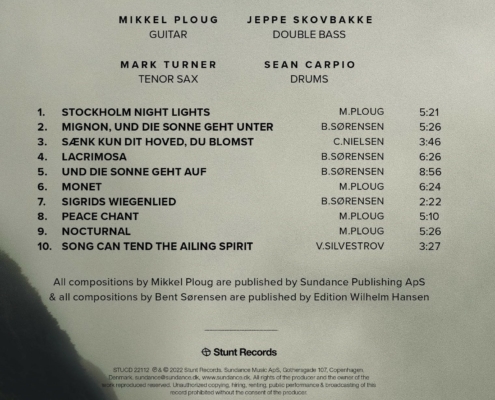 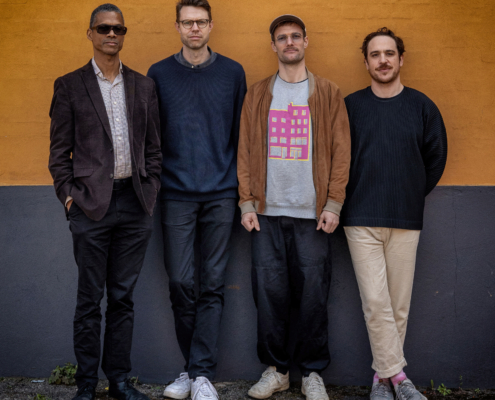 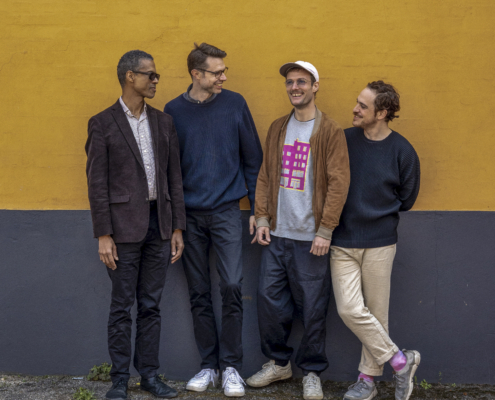 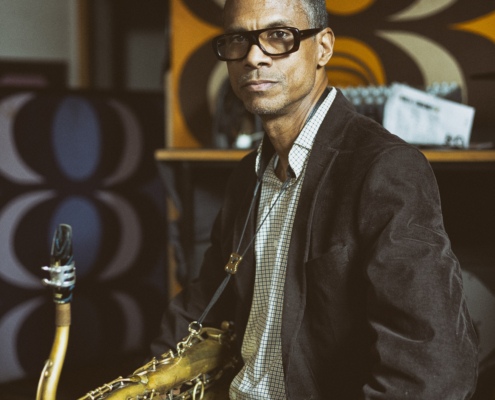 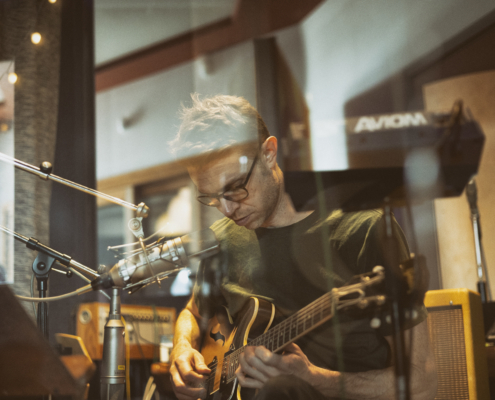