Nduduzo Makhathini – In The Spirit Of NTU

On his milestone tenth studio album, In the Spirit of Ntu, the visionary South African pianist, composer, improviser, and healer Nduduzo Makhathini condenses the thematic, sonic, and conceptual notions explored over his catalog into a layered yet accessible 10-track album. “I really felt this need to summarize everything I’ve done this far and put it into ‘some’ context,” Makhathini divulges.

Folding a range of concepts such as ‘minor and major rhythms,’ ‘guided mobility,’ ‘active listening,’ and ‘ritualism’ into the project, Makhathini draws on his background in Zulu traditions and intellectual curiosities to inform his engaging articulations. “I’m grappling with these cosmological ideas as a way of situating jazz in our context,” he says. “I put out Modes of Communication: Letters from the Underworlds using the letter as a metaphor for the sounds coming from the underworlds. Previously, I had released Listening to the Ground which encored into this idea of listening as knowing. In the Spirit of Ntu is living in that paradigm of listening to the things that emerge from the ground. Ntu is an ancient African philosophy from which the idea of Ubuntu stems out. Ubuntu says: ‘I am because you are.’ It is a deep invocation of collectiveness.”

“The wise ones tell us that our essence is ‘force,’ what our ancestors called Ntu,” writes Makhathini in the album’s foreword. “Ntu is where our wholeness resides through-which we are connected to all. It is our spiritual essence that is untouchable for it is all and all is with/in it.”

In much the same way as Makhathini builds upon the sonic universes he has previously created within his own cannon; he utilizes the ideas, practices, and experiences of pre-colonial Africa to fashion new modes of hearing, feeling, or being. “I’m drawing from things that reside as part of memory – until they get to the point of revealing something new,” he says. “My improvisation is searching for that moment of revelation… or in the African context; a moment of divination.”

That notion of revisiting and refashioning is apparent on “Re-Amathambo,” a rework of a song from his critically acclaimed 2018 album Ikhambi, which features a stunning vocal performance by Anna Widauer. Here, Makhathini metaphorically employs the piano as the Sangoma’s bones – a tool for divination and a symbol of elephant tusks represented through the ivory. This analogous use of his instrument represents the synthesis Makhathini aims to achieve; constantly seeking out the echoes and parallels between ‚homegrown‘ and ‚adopted‘ practices. “I was brought up in a Christian family,” he shares. “We had the whole idea of God being in the sky and there was less attention paid to things that come from the ground.”

Managing to find a thread between the seemingly divergent positions of culture and religion, Makhathini employs fire as a motif on the album’s anchor track “Emlilweni,” which features a searing guest appearance by the American alto saxophonist Jaleel Shaw. “South Africans have always thought of sounds as residing outside of burning fires. They would say ‚during this particular time this was the soundtrack to this burning!‘ I started thinking what it means for sound to no longer conform to residing on the borders of this burning… what does it mean for sound to emerge out of these fires?”

Of course, Makhathini is delicately referencing the biblical tale of Shadrach, Meshach, and Abednego, whose faith saw them emerge from a fiery furnace with the son of God in tow. This symbolism of returning to our essence and recomposing ourselves continues on tracks like “Mama” featuring the mesmerizing vocals of Omagugu, and particularly “Senze’Nina,” which reappropriates an ‘anthem’ of anti-Apartheid protest and frames the lyrics through the lens of ‘revitalized essence.’

“‘Senzenina?’ [‘what have we done?’] is a slogan, which was a part of a protest song during Apartheid,” explains Makhathini. “Recently, this same slogan and song have been invoked as a way of questioning the current gender-based violence cases in South Africa. That’s when I started thinking, this is a question that women now, or Black people in the struggle, shouldn’t have been asking. We’ve sung this song enough to realize that we’ve not done anything wrong. This has nothing to do with them but the oppressor or the men causing pain to women. It is the perpetrators that have lost something in their being, something of their essence, that needs to be restored. Thus, I opened up another meaning of ‘Senze’Nina’ without a question mark, which translates as ‘remake us you mothers.’ In this sense, the song represents the making of a new man that is more kind, sensitive, and aligned to Ntu.”

Seeing that the notion of Ntu revolves around communal, interpersonal, and even interspecies relations; it’s at these moments that the album reveals its function: a soundtrack emanating from the crevices between multiple moments and spaces, seeking to redefine, recreate, and re-imagine through improvisational techniques.

Perhaps apart from Makhathini’s influences such as John Coltrane, Bheki Mseleku, McCoy Tyner, and Abdullah Ibrahim, In The Spirit of Ntu pulls his most foundational cultural Influences into a space where the sounds of the South African landscape are placed at the center of the nation’s evolving jazz songbook. The song “Nyoni Le” does exactly this by employing shades of Princess Magogo kaDinuzulu’s style, a songstress cherished for her use of traditional vocal techniques. “Amahubo are the sounds of our villages,” Makhathini shares. “These sounds are like sacred texts, documents, or books and I’ve been exploring ways to echo them in my work.”

“This project was conceived at a difficult time in South Africa, a time of confusion and conflict,” says Makhathini. “It was, once more, a period of burning fires, riots and massacres. In this sense, the music that I have composed is not surrounding these fires as a backdrop or soundtrack—these sounds are part of the discourse. They project from the burning fires until the fires stop burning. What remains is what these sounds seek to restore. Ntu as a creative force that seeks to lead us to remember our essence.” 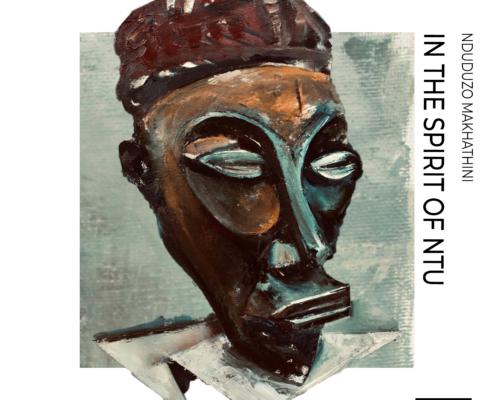 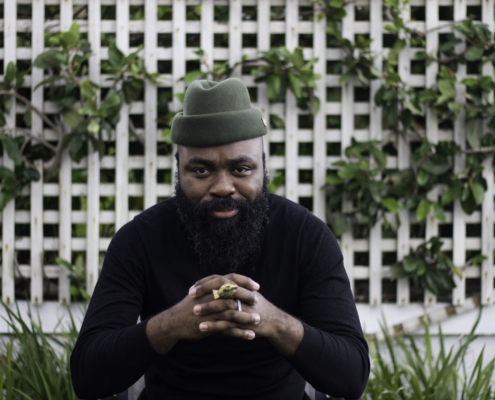 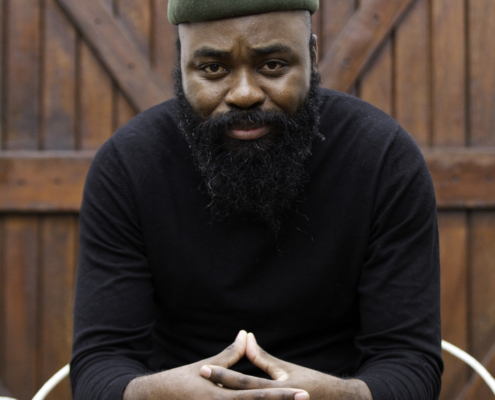 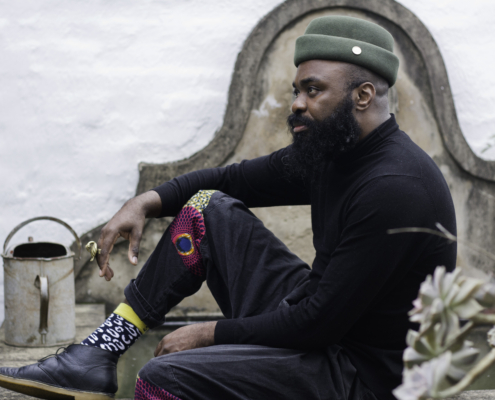