It’s a common and widespread misconception that the evolution of jazz music is always based on resistance to rules and traditions… that history only rewards those who distance themselves from previous periods of the musical genre’s short but intense existence. This is not always the case. Many serious younger musicians revisit the past for inspiration, connecting to forgotten and overlooked attributes in and of the American art form. Consider, for a moment, the trio on this album – three accomplished musicians who had not previously worked together but who convened with the shared expectation of listening to each other and letting the music speak for itself in service of a common goal.

Guitarist Per Møllehøj, cornetist Kirk Knuffke, and bassist Thommy Andersson do not live in the past. They are patient, fearless, and secure enough to let the music find its own natural tempo – both bluesy and intimate – at the same time stealthily reinventing old songs out of the New Orleans tradition and interpreting some newer ones written in-the-style-of that same sound. The trio plays music that is deeply rooted in tradition without being overly traditional, and they present it as fresh, modern music with moments of drama, dynamism, and joy… each selection interpreted with good taste and grace.

Møllehøj, with his highly developed melodic lines, harmonies, and superior sense of rhythm, is a unique figure on the Danish jazz scene. Part master-chef and part cobra, he possesses unique musical perspective and patience envied by anyone who hears him play. He can mix and match and twist and turn ideas in surprising ways before choosing his moment to strike, beautifully recontextualizing and bringing new focus to a musical point which somehow was impossible to hear coming while always being just a perfectly-timed-decision away. Sensitive, tasteful, and efficient, his warm sound suits the cornet’s round brassy timbre, prompting swing enthusiasts to compare this trio with the (much) older Ruby Braff and his duo and trio collaborations with prominent guitarists.

American cornetist Kirk Knuffke is a jazz musician in the truest sense – always deeply and enthusiastically engaged in what he does, bringing a genuine curiosity that allows him to effortlessly switch between traditions. He’s released a dozen records as a leader and co-leader and has been featured as a sideman on countless recordings with New York jazz elite as well as with Scandinavians such as Pierre Dørge and more recently vocalist Josefine Cronholm. It’s no surprise that the New York Times hailed him as “one of New York’s busiest musicians.” He has unlimited technique that he never employs simply for its own sake, but rather to express his unbridled joy in playing his instrument. On this new album, he also sings on a few tunes.

Finally, Thommy Andersson – the Swedish bassist and cellist whose warm, woody sound and playing has separated him from other Swedes who reside in Denmark – delivers delicate support for Kirk’s creativity. Thommy and Kirk have worked together in several constellations over the years and have developed a deep and long-lasting friendship. For the last 20 years, Andersson has played with a myriad of different musicians on tours and recordings, and can currently be heard with Pierre Dørge’s New Jungle Orchestra as well as with his own projects. Thommy doesn’t walk basslines in a traditional sense and by doing so (or rather not doing so) he gives soloists coveted space to spread their wings. Together, Thommy and Per give the cornetist what he wants and needs to succeed.

In setting up the recording session, not much was agreed upon in advance regarding specific details – the length of the tunes, how many choruses soloists should take, who would play solos and when, etc… but thanks to the professionalism and decades of experience the musicians brought with them, none of the versions approached anything even close to too long. These three all know that if you can’t say anything in one or two choruses, you probably won’t suddenly invent anything new in the sixth.

The group’s sound fell into place immediately. There was an abundance of both literal and musical space for the three musicians in the studio, and the recording took place with everyone in the same room – without headphones or much in the way of physical barriers… certainly nothing that affected eye-contact between the players. It was like a live performance, without subsequent editing and overdubs, and everything on the recording sounds as it did that day in the room. It didn’t hurt that the studio was in possession of a pair of Kirk’s favorite antique RCA microphones, and ace-technician Mads Mølgaard’s big ears and good energy were engaged in capturing the session. The gear and engineer-with-the-golden palate succeed in delivering the trio’s delicate sound on a silver sonic platter.

The material was selected with a desire to pay homage to music that the trio’s members feel connected to – none more so than Kirk Knuffke, who shines especially bright when walking a magical line between early traditional jazz and the free improvisation he’s also known for. The first idea was to record music by W.C. Handy, and although two of his songs are included here (Beale Street Blues and St. Louis Blues), the session strayed from the pure-Handy tribute concept. Handy’s music did end up shaping the direction of the program, however, and pointed the trio toward Duke Ellington’s Just Squeeze Me and the title track, ‘S Wonderful by George Gershwin. Per brought three of his own tunes, Same But Different and First Draft – still in the 1910s and 1920s vibe – as well as A Brother And A Sister, written for Per’s twins born in 2009. Kirk contributed Elizabeth Town (dedicated to the bluesman Howlin ‚Wolf) and another blues, Can’t See For Looking, whose title is taken directly from the clarinetist Mezz Mezzrow’s book Really The Blues which contains a glossary of his slang terms and also the definition of this phrase: “To stare so intensely, usually with hostility, that your vision becomes blurred. Getting your perspective distorted because of anger or jealousy…” not that anything like that was experienced in the studio on that Saturday in July.

‚S WONDERFUL is a chamber jazz recording that does everything it needs to and more: it melts hearts and compels listeners to tap their feet along when the trio gently sets the first song into motion. Listeners won’t have to hear much to be convinced of its joyful, relaxed, and swinging message… with a touch of nostalgia that warms you up from the inside. Enjoy it! ‘S WONDERUL! ‘S Marvelous! 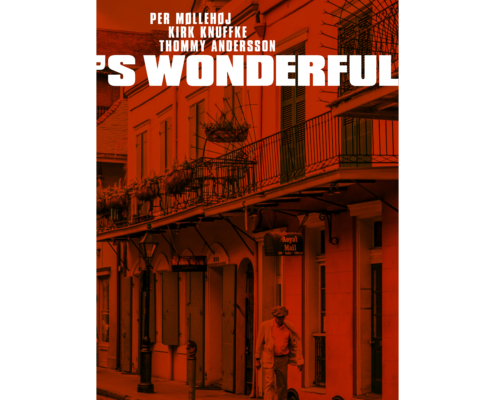 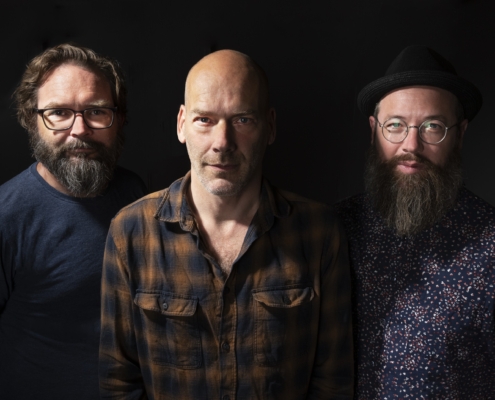 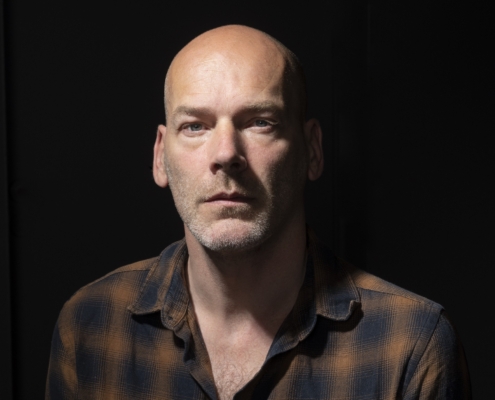