The 2022 return of Ronnie Foster to Blue Note Records is an event of synergistic quintessence, completeness, and cool. The organ great’s dynamic new album, Reboot, arrives upon the 50th anniversary of his 1972 Blue Note debut Two Headed Freap, which is also being reissued this year as part of the label’s Classic Vinyl Series. The first in a run of five stellar early-70s albums, Two Headed Freap featured Foster’s memorable tune “Mystic Brew,” which would later reach the ears of hip-hop fans around the world when A Tribe Called Quest sampled the track as the foundation of “Electric Relaxation” on their 1994 album Midnight Marauders.

Foster first caught the ear of Blue Note co-founder Francis Wolff when he made his first-ever recording as a sideman on jazz guitar legend Grant Green’s searingly funky Blue Note LP, Alive! in 1970. After Wolff passed away a few months later, Ronnie was officially signed to Blue Note by Dr. George Butler making him the next in an illustrious lineage of Hammond B3 organ artisans the label had presented which included the legendary Jimmy Smith, Larry Young, and Dr. Lonnie Smith. To this accord, Ronnie’s re-signing is a bold torch-passing move that brings him full circle.

“Blue Note has always stood for The Art of Jazz,” Foster marvels. “I grew up on Blue Note, listening to all the greats. It was ingrained early. I was exposed to it through my own path and other people’s paths – fans and players. I had some albums, my friends had other albums. When something new came out, we’d go to someone’s house and we’d all check it out…together. From Horace Silver and Art Blakey’s Jazz Messengers to Donald Byrd and Herbie Hancock, Blue Note’s roster was the cream of the crop – the center. And, of course, they brought Jimmy [Smith] on the scene. The stuff he was playing on The Sermon and Groovin’ at Smalls’ Paradise was crazy! Had me listening on headphones at the Buffalo Public Library.”

The nine-song Reboot marks a fresh start for Foster, who has whipped up an omnidirectional brew of Hammond Organ Groove that, yes, pays homage to the past but more often reflects Ronnie’s restlessness for ushering in the new. The album opens with the title track, “Reboot,” which he describes as “organ music…but a little different. This is where my head is at now – and where I’m going.” His journey to that destination rides on a winding melody, not one but two bridges, and a rock steady groove kicked down by his son, drummer Chris Foster, one of four cuts he plays on here, rendering Ronnie: One Proud Papa.

Ronnie digs into ‘The Latin Bit’ on three numbers. “Sultry Song II” is an update of his own tune that he introduced on flutist Nestor Torres’ 1991 album Dance of the Phoenix (which he also produced). “Carlos” is a composition inspired by Mexican Rock legend Carlos Santana, an acquaintance who became a close compadre after Ronnie repeatedly came out to see him during his residency at The Hard Rock Café in Las Vegas—so many times that they ultimately gave him his own personal, perennially valid, laminated backstage pass! This features a flamenco guitar intro played by Jerry Lopez, simmers into a suave melody then all-out erupts with fiery solos from trio guitarist Michael O’Neill and Ronnie, spiced with the percussion of Luis Conte and Lenny Castro. The tropical trinity ends with “After Chicago,” balmy bossa evocations of one especially memorable Windy City gig trip.

“Isn’t She Lovely” is a steady grooving cover of Ronnie’s old friend Stevie Wonder’s classic song set to a backbeat shuffle, another full circle moment given that Ronnie played on Songs in the Key of Life. Then there’s the crowd-pleasing call and response rhythm & blues holler “Hey Good Lookin’ Woman,” road-tested around the globe to audiences of all cultures and languages that eat up the playful vocal challenge. And for those in search of some of that good ol’ burnin’ after-hours organ trio vibe, “Swingin’” more than lives up to its matter-of-fact title, fueled by drummer Jimmy Branly’s hot pepper punctuations.

The organ was originally created for churches. On Reboot, the solo “J’s Dream” marinates in that deep, warm, surround sound hug everybody could use right about now. The album closer, a piano solo entitled “After Conversation with Nadia,” points to another level of reboot for Ronnie who started out on acoustic ivories.

There’s so much synergy in the circuitry surrounding Ronnie’s return to Blue Note. The master recorded over two days at fabled Capitol Studio in Hollywood which he first set foot in back in 1976 recording the multiplatinum selling Breezin’ LP (to which he contributed the song “Lady”) as a member of George Benson’s band.

When Paula Salvatore, beloved Capitol Studios gatekeeper, ushered him in for a private viewing of the vault, sitting right on the desk happened to be the original 2-track master tape of Grant Green’s Alive! – Ronnie’s first record date. The sweetest treat of Reboot is that Ronnie’s daughter, Kaylie, shot the Francis Wolff-worthy session photos and also designed the secret coded cover.

In the liner notes for Reboot, Ronnie makes sure to pay homage to one very important person in his life who passed away in 2021: “This album is dedicated to the memory of my brother, friend, Buffalo Homie and hero Dr. Lonnie Smith, who was one of the best in the world on the Hammond B3 organ.”

Mightily hoisting the Blue Note organ torch, Ronnie Foster is the last of the Mohicans yet ever the youngest and oldest man in that room thanks to the musical osmosis that was poured into him – direct jack – by all of the greats that preceded him, and his relentlessly curious spirit that keeps him giant steps ahead perched, head-bowed, before his sleek, custom hummin’ Hammond XK-5. 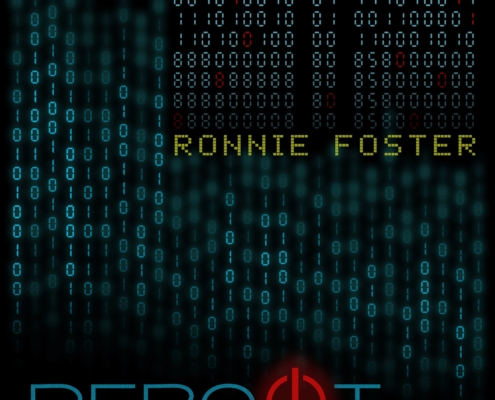 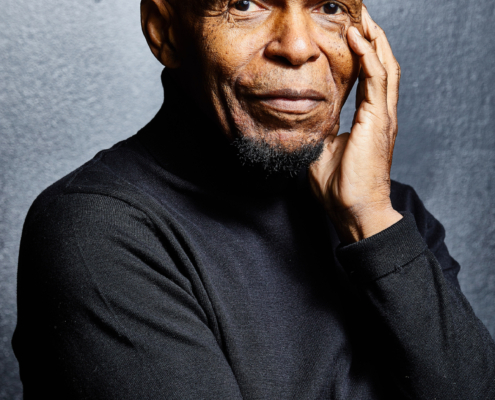