In October 2018, Robert Glasper settled into the Blue Note Jazz Club in New York City for a month-long residency several nights of which featured the new dream team collective R+R=NOW with Glasper on keys, Terrace Martin on synthesizer, vocoder, and alto saxophone, Christian Scott aTunde Adjuah on trumpet, Derrick Hodge on bass, Taylor McFerrin on synthesizer, and Justin Tyson on drums. The band had recently released their debut album Collagically Speaking and the music had already taken on expansive new dimensions in concert as evidenced on R+R=NOW Live, a thrilling live recording featuring standout tracks from the studio album including “Change of Tone” and “Resting Warrior,” as well as a cover of Kendrick Lamar’s “How Much a Dollar Cost” (co-written by Martin).

The origin of R+R=NOW came in 2017 when Glasper was asked to put together an all-star line-up for a show at SXSW. With his history—producing for everyone from Common to Herbie Hancock and exploding jazz boundaries with his Black Radio series—the Houston-born keyboardist could be choosy. Martin, of L.A., was best-known as a chief architect of Kendrick Lamar’s To Pimp a Butterfly. NOLA native Adjuah turned heads with his socially charged 2017 Centennial trilogy, a comprehensive celebration of Africa’s sonic diaspora. Philly’s Hodge is a founding member of the Robert Glasper Experiment and has scored for Spike Lee and music-directed for Maxwell. McFerrin, born in Brooklyn, is Bobby McFerrin’s oldest son and rolls with Flying Lotus‘ Brainfeeder camp. Grand Rapids native Tyson plays with Esperanza Spalding and has become a regular in all Glasper’s formations due to his versatility. Their diverse wealth of experience melded with profound ease. “There was no rehearsal and no plan. Just a quick soundcheck,” says Glasper of the band’s Austin debut. And yet, “We were vibing, listening to each other, and coming up with stuff on the spot that was so dope.”

“R+R stands for ‘Reflect’ and ‘Respond’,” says Glasper, an idea that came to him via Nina Simone. Facing backlash for her politics, Simone was asked, more or less, why she didn’t just shut up and sing. Her answer: “an artist’s duty, as far as I’m concerned, is to reflect the times.” Glasper adds: “When you reflect what’s going on in your time and respond to that, you can’t not be relevant. So ‘R’ plus ‘R’ equals ‘NOW’.”

“Everyone in this band is a six-foot-tall black guy who didn’t come from an affluent background,” says Adjuah. “In order for us all to make it into that room together, we’ve had to go through some hell, fight for some things, build up a lot of armor, and do a lot ourselves to forge our realities, to become who we are. We’re all very aware of that, so anytime we get together, it’s a celebration.” 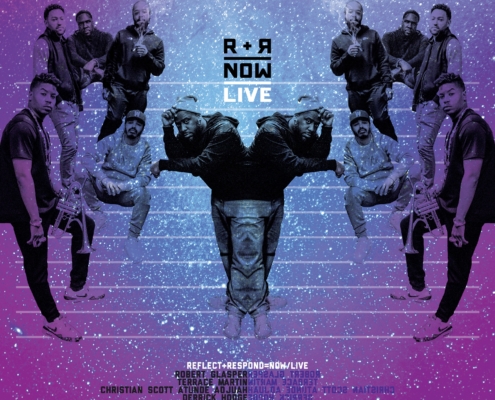 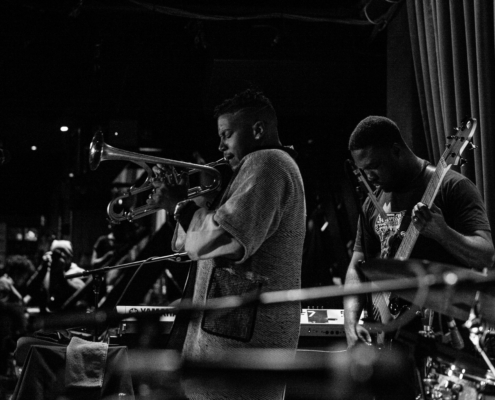 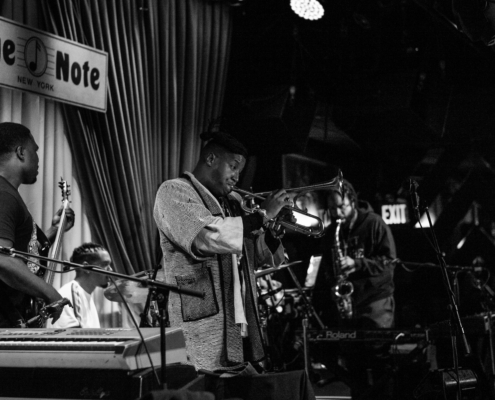 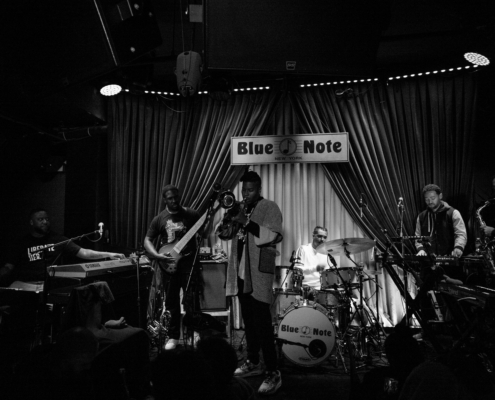