Fans and listeners of both Sinne Eeg and the Danish Radio Big Band are no doubt well aware of the artists’ previous collaborations throughout the years. But on their new album together, entitled We´ve Just Begun, they’ve gone all-in: setting out to recapture the stunning sound of vintage records from the golden days of jazz, when groups led by the likes of Count Basie and Quincy Jones ruled supreme. And there’s no one better suited to mix this new recording than Al Schmitt – the legendary technician responsible for recording and creating the sound on historic big bands albums!

This new album is one of Sinne Eeg’s largest productions to date. Listeners get to know her up-close-and-personally as a singer and composer, while the 19 musicians from the Danish Radio Big Band stretch out and shine in a series of catchy arrangements (offered by master-arrangers Peter Jensen, Jesper Riis, and the American Roger Neumann) that beautifully balance the sounds of classic and modern big bands.

Half of the selections on We´ve Just Begun are originals written specifically for the new album – ‘We’ve Just Begun,’ ‘Those Ordinary Things,’ ‘To A New Day,’ ‘Like A Song,’ and ‘Samba em Comum’ (the last as a tribute to Danish Radio’s jazz channel, P8). Listeners are also treated to a new arrangement of ‘Crowded Heart’ which previously appeared on the album Face The Music. The remaining songs are arrangements of the jazz standards ‘My Favorite Things,’ ‘Comes Love,’ and ‘Detour Ahead,’ as well as the Danish songs ‘Hvorfor Er Lykken Så Lunefuld,’ and ‘Snakker med Mig Selv’ (presented here in English as ‘Talking To Myself’).

Although Sinne Eeg traditionally produces her own albums, on We´ve Just Begun she collaborated with André Fischer, the successful American producer who has worked with Al Schmitt for a number of years. Fisher produced albums for some of the biggest names in the world, including Diane Schuur, Tony Bennett, and Nina Simone, but is perhaps best known for producing Natalie Cole’s super hit Unforgettable. He is also an accomplished drummer, having played with Rufus and Chaka Khan.

Sinne Eeg is nearly a household name in most of the world now, having impressed countless audiences in the US, Scandinavia, and Asia. Most people who have heard her sing have noticed how she captivates audiences with her eminent scat singing, perfect pitch, and infectious empathy. Not just a singer, Sinne is also a talented songwriter. Her gift for writing and composing won her the Carl (Nielsen) Award in 2018 for the Song of the Year (‘Aleppo’) while her previous work has been recognized with four Danish Music Awards, the French Prix Du Jazz, and Queen Ingrid’s Honorary Grant, personally presented by Queen Margrethe and her two sisters.

ABOUT THE Danish Radio BIG BAND

The 19-strong Danish Radio Big Band is celebrated around the world for delivering a true American big band sound with a distinctly Nordic twist. The band has been a beacon at the forefront of the international jazz scene since 1964 with iconic guest leaders and conductors such as Thad Jones, Bob Brookmeyer, and Jim McNeely. With more than 80 albums recorded with stars including Miles Davis, Stan Getz, Eliane Elias, and Joe Henderson, the band has consistently set the global standard for creating original material throughout the years. The Danish Radio Big Band has also won and received several prestigious awards and nominations including the American GRAMMY®, and continues to perform with the biggest names in the jazz world while promoting young Danish talent and initiating new and exciting collaborations across genres and borders. 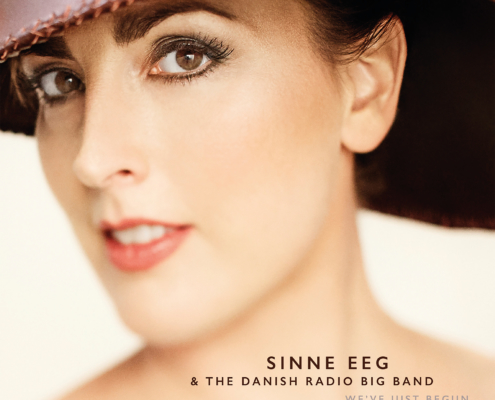