Swedish Tobias Wiklund (b. 1986) is known as a brilliant trumpeter but also one of the few musicians of his generation who has cultivated a deep, personal connection with the lesser-heard cornet. In 2019, his acclaimed debut album WHERE THE SPIRITS EAT brought him much-deserved attention, with magazines hailing it as one of the Best Albums of the Year. He presented the breathtaking range of the instrument as well as his musicality with a passionate, mature voice. He goes even further into his own sound and the creative possibilities of his quartet on his second release as a leader, the new album SILVER NEEDLE.

Wiklund is at the forefront of a celebrated group of brass players who are dedicated to exploring the incredible tonal potential of the cornet – an instrument often heard in early jazz groups but heard far less often, today. The list of great contemporary cornetists is short – Tobias belongs to this group along with Kirk Knuffke and Ron Miles… and not so many others. Compared to the more easily achieved tart, bright brassiness of the ubiquitous trumpet, the cornet’s darker, rounder sound makes it the perfect expressive medium for only a select few.

These same musicians have also chosen a different path and unique approach to jazz music today. Each of these cornetists, composers, and improvisers thrives on revisiting and reimagining sounds from jazz history. They highlight and absorb elements overlooked by others, channeling and creatively repurposing them into modern musical contexts. And no one does this better than Wiklund. It’s simply untrue that jazz music develops only through outright rebellion and from distancing oneself from previous periods of the genre’s relatively short history. And anyway, how can one break new ground without intimate knowledge of what’s already been done?

Wiklund is a sought-after and respected musician in both the Swedish and Danish jazz communities. Large groups, including the DR Big Band and Stockholm Jazz Orchestra, have headhunted Wiklund-the-trumpeter for their brass sections, while Wiklund-the-cornetist performs in smaller, more intimate contexts – both as a sideman and, of course, in his own quartet. In his own group, he’s found perfect creative companions for the vision he created and now shared by all: Drummer, and fellow Swede, Daniel Frederiksson; and two Danes, pianist Simon Toldam and bassist Lasse Mørck.

The quartet recorded the music for WHERE THE SPIRITS EAT in December 2017, while the majority of the material for SILVER NEEDLE was created in March 2021. In the interim years, the group’s responsive playing was actively developed and refined. Wiklund says that “it’s as if our interaction can free us from our bodies. Our playing has elevated us and the music to a higher plane. In this group, we talk a lot about flying together in music. It’s an almost religious experience, and has become a very strong part of our identity.”

In smaller bands, Wiklund plays the cornet almost exclusively. It’s an instrument you can play hard, but not with the same results as a trumpet. When the music reaches a certain threshold of intensity (or when amplification is involved, thus demanding volume) the cornet is neither the easiest nor necessarily the right instrument for the job.

Wiklund prefers to work acoustically and it’s become something of a dogmatic approach for the quartet. “We didn’t use any amplification or headphones while recording this album. We were very close together in the studio space and maintained a volume level that allowed everyone to hear what everyone else was playing,” the bandleader shares. “It takes a lot of dedication, and will – to elevate the collective intelligence – to play together. It’s a matter of opening one’s heart, ears, and musicality… to create a unity, greater than the individual.”

On a few selections, the quartet is accompanied by a brass ensemble of trumpet, trombone, euphonium, and tuba. A lot of great musicians got their start in the Brass Bands of New Orleans and much of the music coming from there today is still deeply indebted to those early groups. He’s included the Armstrong classic That Lucky Old Sun, as well as two originals that feature the brass quartet – further evidence of open-minded modern players building on tradition without allowing it to stiffen their approach into a form of kitsch reproduction. The album includes and explores sounds Wiklund admits he’s had with him and dreamed of sharing for a long time. He’s acutely aware of tradition and its importance on every level. In his own words, “it’s a necessary part of being a jazz musician.”

Tobias Wiklund was born in Sweden in 1986 and grew up in Gävle, where music is a strong part of the city’s identity. He became interested in jazz and other rhythmic music early on, but he truly fell in love with the trumpet when his father presented him with a Louis Armstrong record. He remembers the soul-stirring experience of hearing Armstrong for the first time: “His power and energy went straight into me. He was a genius, and is the trumpeter who has influenced me the most.”

Tobias Wiklund has written all the music presented here, except for three songs. He’s a composer who draws inspiration from all sorts of influences in life – feelings and events, large and small – and not necessarily limited to things directly related to music. He is also a self-proclaimed tea-drinker incarnate. “Silver Needle is also a very fine Chinese tea,” he says. “In our part of the world, people just pour some boiling water over a tea bag and the result is often boring. Knowing what tea can do and drinking it the right way can open up great experiences. Silver Needle has been fermenting for fifteen years – so it’s strong and amazing. I drink a lot of it when I compose. It increases my creativity and allows me to fly high.”

Existence Is Your Perfume / Nothing, Nothing, Nothing / Molnen hopar sig / Silver Needle / Comes Love / Thousand Flowers / Possibilities Of Microscopic Moments / A Speck of Light / Stolen Feathers / That Lucky Old Sun. 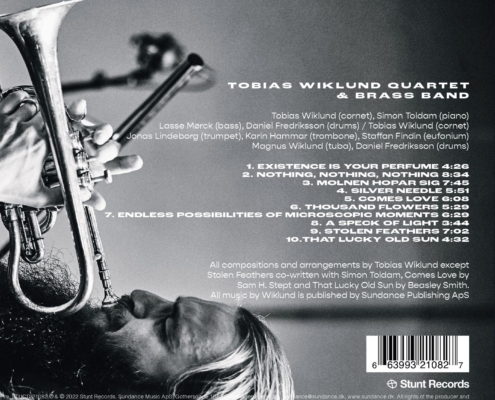 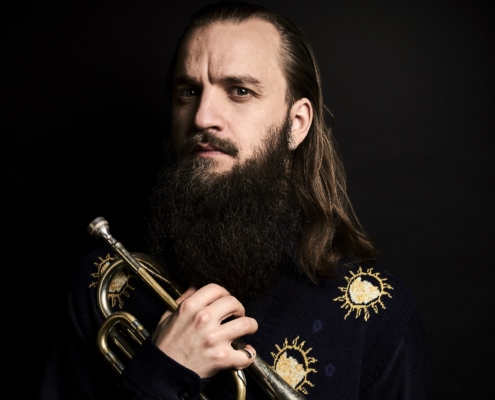 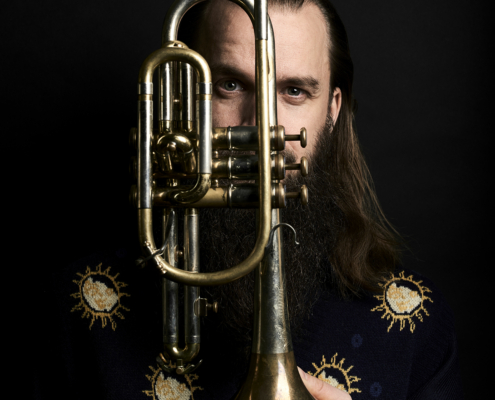 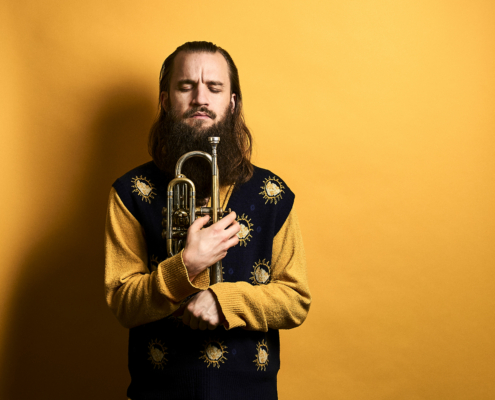