Major Scandinavian jazz profile and much acclaimed singer-songwriter have created a genre defiant and exhilarating debutalbum with their ten-piece band Tone of Voice Orchestra. With a genre fluid approach to songwriting and an altogether unconventional instrumentation including four singers, fiddle, hurdy-gurdy, bagpipes, cittern, saxophones, flutes, two drummers and double bass, the band offers a distinctive and fresh new sound, full of infectious hook lines and shamanic beats. While blending the famous Scandinavian sound with global influences, the band straddles the divide between their Scandinavian roots and the indie/folk- world- and jazzscenes. Tone of Voice Orchestra is a powerhouse of a band, four vibrant singers and six remarkable instrumentalists, five women and five men, Danish Music Award winners from various genres, seasoned artists, and bright new talent.

Back in the fall of 2017 two Copenhagen natives, multiple Danish Music Award winner, composer and jazz saxophonist Fredrik Lundin and Trinelise Væring, a singer and songwriter with several critically acclaimed albums to her name, broke the first ground for Tone of Voice Orchestra. As artist in residence at the Copenhagen Club 5e, Fredrik Lundin was offered the opportunity to present something new. He had recently been introduced to two young upcoming instrumentalists from the Danish traditional roots scene, a violinist and a hurdy gurdy and bag pipe player, who had blown him away. Another important inspiration at that time was an album he stumbled on by the Canadian band Bruce Peninsula which featured multiple singers and two drummers. Fredrik: I totally fell in love with that big sound of the many human voices and the potent drum beat, the sheer energy of it….. I wanted to find a way to merge these two inspirations. Fredrik Lundin would need somebody on his team with a strong sense of melody, someone who could write lyrics and knew about vocal arrangements and so Trinelise Væring came on board. They handpicked an ensemble of musicians from very different walks of the Scandinavian music scene – five women and five men, seasoned artists and bright new talents – for what they imagined to be a project for this one special occasion only, ‘cause who in their right mind will attempt to build such a large band these days? Four years and a covid-pandemic later they lead an ebullient ten piece powerhouse of a band with a debut album on the way and just enough live concerts already under the belt to call themselves a touring band.

Tone of Voice Orchestra comfortably straddles the divide between multiple genres such as Scandinavian roots, jazz improv and indie folk, while blending the famous Scandinavian sound with global influences from e.g. Eastern European folklore, americana and North African textures as well as a variety of indiepop and alternative folk bands. All of these feed into one another and grow lush new forms when added to Tone of Voice Orchestra’s melting pot.

Catchy hooklines, shamanic beats and evocative lyrics in combination with strong individual contributions from each band member, create a wide range of sonic expressions. From the lone bag pibe that introduces the full album with a cool breeze from the Nordics to the warm winds of North Africa that inspired the ornamentations and groove in Heartless. From the frenetic energy and full throttle vocals of That Kind of Day to the delicate arrangement and laid back feel good vibes of Lovey’ Doveyin’. From the gritty old school Americana inspired You Saw Yourself Out over the edgy contemporary R&B flavored Barking up the Wrong Tree. From four vocals in perfectly pitched unison quick-switching into to four part harmonies to the the breathtaking solo vocal on Kom hjem til mig which is inspired by an ancient cow horn signal from the north of Sweden. From the elaborate lyric of the feminist alt. country hymn Typecast over the one-sentence-only slow burning chant of I’m Gonna Let It Go to the busy times of Driven. From the potent sound of the tenor saxophone freely soloing over to the shamanic beat of He Loves Her for It to the haunting solo violin that finishes the album.

Trinelise: The global music village is infinitely inspiring to us. We listen to a lot of stuff. We take it in and let our fascination for e.g. 3-part-harmony-americana, Eastern European vocal groups and our favourite indie and alternative folk bands, blend with our roots and jazz background. And where does that leave us as far as a genre? Well, your bet is as good as ours. We are taking suggestions on genre at the moment. 🙂 The good thing is, we definitely stand out. We have searched for other bands to name as sound-alikes, but, as far as we know, we don’t sound like anything else out there at the moment. However the music industry is not always easy to navigate, if there is no obvious “bucket” you belong in. We are happy that Stunt Records which is primarily a jazz label with some indie artists on the side, chose to go with us.

Released on CD, LP and digital 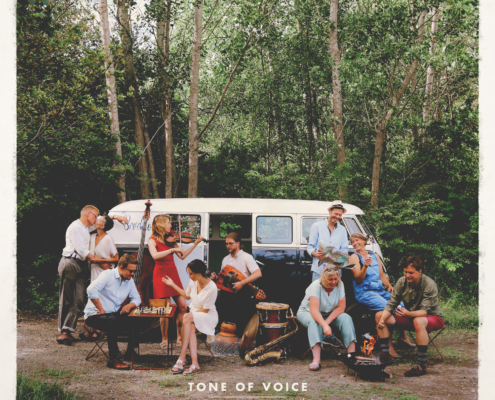 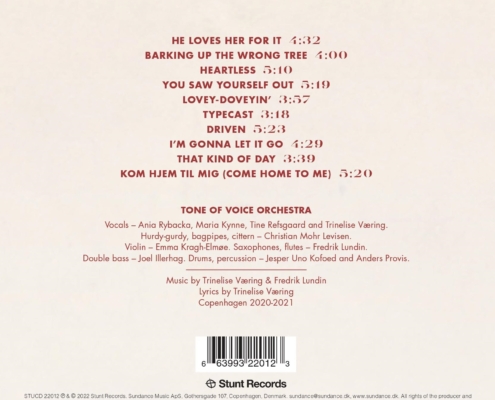 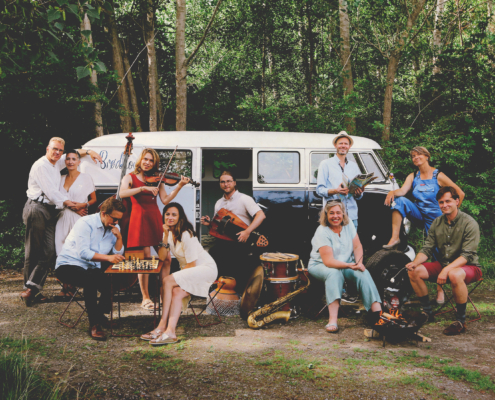 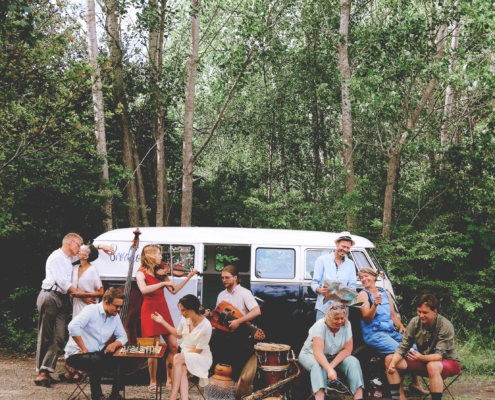 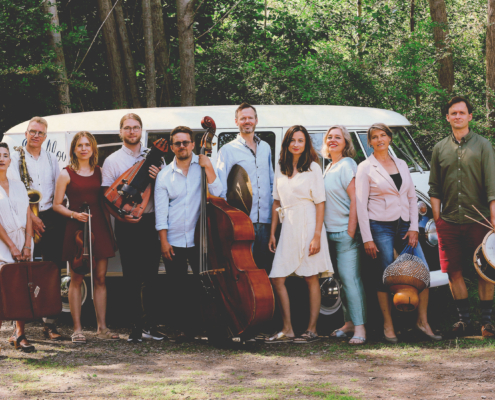 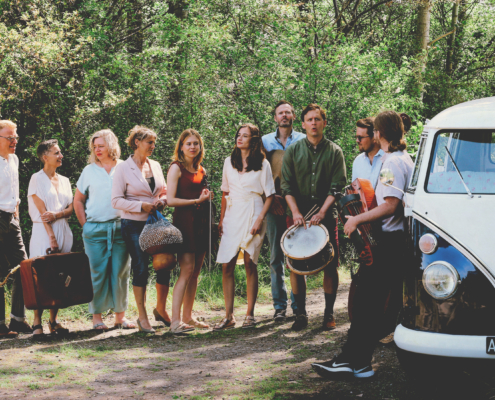 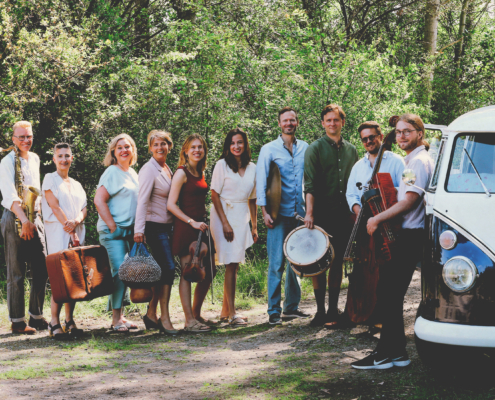