HEART IN HAND, the new album and first official collaboration by American multi-instrumentalists Kenny Wollesen and Ned Ferm on Stunt Records, is a deep and soulful journey into genre-bending musical territory through folk-inspired compositions and inventive interludes.

Ferm and Wollesen had previously worked together as sidemen in various constellations on tours around Europe and had planned to make an album together in Italy just before Covid reared its ugly head. It was a project that they had written about and had been looking forward to doing together for quite some time, but like so many other musical and artistic plans that had been made for 2020 and beyond, it became a casualty of the once-in-a-century pandemic – indefinitely postponed with the understanding that it could easily become an “if, not when” situation with so much uncertainty in the world. Fortunately for listeners, Kenny and Ned – who have both appeared on several Stunt Records releases in the past – seized the moment in August 2021, just after Wollesen had finished teaching at the famous Summer Session jazz workshop in Denmark.

The core compositions with the quartet were recorded at the Farvemøllen studio in Northwest Copenhagen, and overdubs were added by both co-leaders during the session. Then in late 2021 and early 2022, Wollesen sent Ferm some interludes which the woodwind specialist then added layers to. The whole project, co-produced by Ferm and engineering/production wizard Mads Mølgaard, uses the interludes as connective tissue in between the songs from the first session, creating a musical odyssey that is at the same time both diverse and cohesive.

The program is a kaleidoscopic tapestry of songs and interludes that Wollesen and Ferm have written and woven together through remarkably creative arrangements – joined by Anders “AC” Christensen on bass and Rune Kjeldsen on guitars. In some songs, they ride deep into the American west, reminding us of its beauty and danger; while on others (especially the interludes), they investigate new facets of a sound the late great trumpeter and sonic explorer Jon Hassell referred to as 4th World Music or Primitive/Futuristic.

That’s not to say that any of the music on this album would be thought of as challenging to listeners who are fans of Wollesen’s or Ferm’s previous work. Both artists paint with broad strokes and have abilities and vocabularies that allow them to flourish as leaders and sidemen, as they’ve shown time and time again throughout rich and diverse careers. The depths of creative understanding and adventurous emotional warmth they bring to musical projects are on full display here in a program that listeners from all backgrounds will find engaging and fulfilling.

New York-based drummer and percussionist Kenny Wollesen (b. 1966) is one of the premier accompanists in the world of music today, a well-deserved title and reputation he’s earned playing in jazz, folk, rock, pop, and improvised music, with artists such as Bill Frisell, Tom Waits, John Zorn, Rickie Lee Jones, Ron Sexsmith, Norah Jones, and John Lurie among many, many others. Wollesen’s legendary reputation as an incredible bandmate and accompanist has put him at the forefront of experimental and crossover projects for decades while being a first-call drummer for rock and pop artists.

American saxophonist and multi-instrumentalist Ned Ferm (b. 1982) has called Copenhagen home since 2001 – and with his 40th birthday in March, he’s now officially been participating in and contributing to Danish music for half of his life. Ferm is a celebrated multi-instrumentalist who is best known for his work on saxophone in jazz and experimental music. He can be heard on more than 100 albums and has worked with Yusef Lateef, Roswell Rudd, Kurt Rosenwinkel, Tyshawn Sorey, Jakob Bro, Maria Faust, and many others across genres and generations. Ferm is the recipient of the 2021 Bent Jædig prize.

Ned Ferm shares some words on the inspiration for the tunes and titles on this delightfully sprawling and creative collection of songs and soundscapes:

SONNY BOY – I actually first got to know this song as a kid from the movie Jacob’s Ladder. Later on, I would discover and enjoy it as an uptempo kicker with Sonny Rollins and as the slowest ballad in the world with Red Garland. We split the difference here, tempo-wise.

MNEMONIC – Welcome to the Space Marsh. Feel free to introduce yourself to some birds and insects in the mist.

DOWN AND FORWARD – One time I was on tour with Jacob Anderskov we discovered that my name had been slightly misspelled on a poster – as “Ned Frem.” “Ned” means “down” in Danish and “frem” means “forward” – so we had fun with the idea of me only playing melodic shapes in my solos that night that went “down and forward.” The melody here kind of moves to the title shape.

AGORA – A moment and movement of mass percussion.

COLOR FIELD – Welcome to the Deep Space Swamp. I think I could live here.

OH, WHAT A BEAUTIFUL MORNIN’ – A hauntingly beautiful song, thick with melancholic anticipation and inspiration. I love Frank Sinatra’s versions – especially the one with the choral arrangement. And Peggy Lee’s arrangement – with the chorus in 4/4. And the one Ben Monder and Paul Motian recorded. Everyone should watch Damon Lindelof’s Watchmen series. 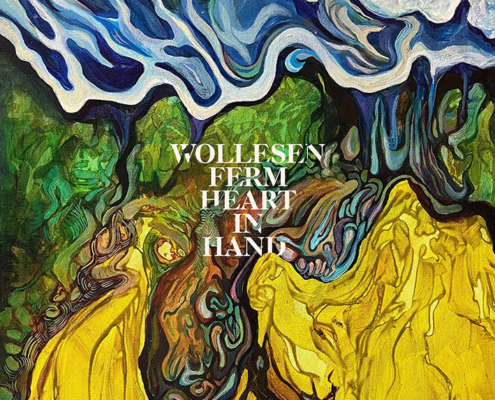 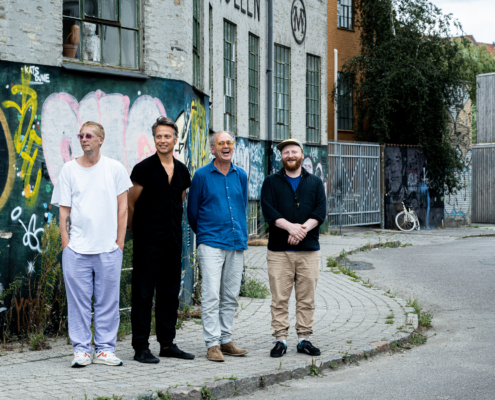 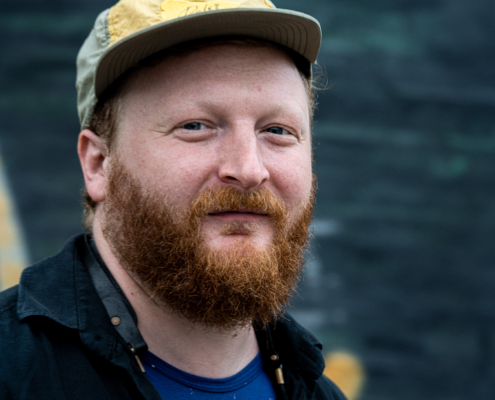 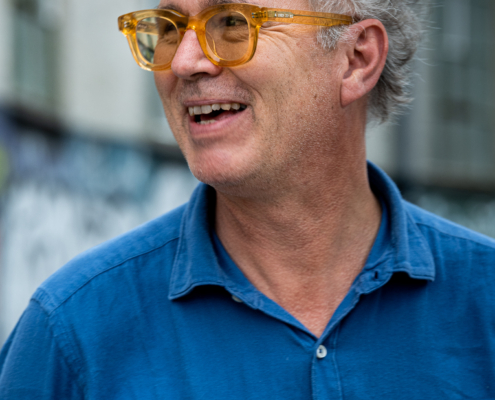